SPRINGFIELD, Mass. - The American Hockey League (@TheAHL) announced today that San Jose Barracuda (@SJBarracuda) forward Joel Kellman has been selected as the CCM/AHL Player of the Week for the period ending May 2, 2021.

Following a two-week stint with the parent San Jose Sharks, Kellman returned to the Barracuda lineup on Tuesday and contributed two points, assisting on a first-period power-play goal and then scoring the game-winning tally with 2:12 remaining in the third as San Jose defeated Bakersfield, 4-2. Then on Friday, Kellman’s hat trick and franchise-record five points propelled the Barracuda to a 7-5 win over Henderson; Kellman recorded two assists in the first period before scoring three times in the third, including the tiebreaking goal with just 31.3 seconds remaining in the game. 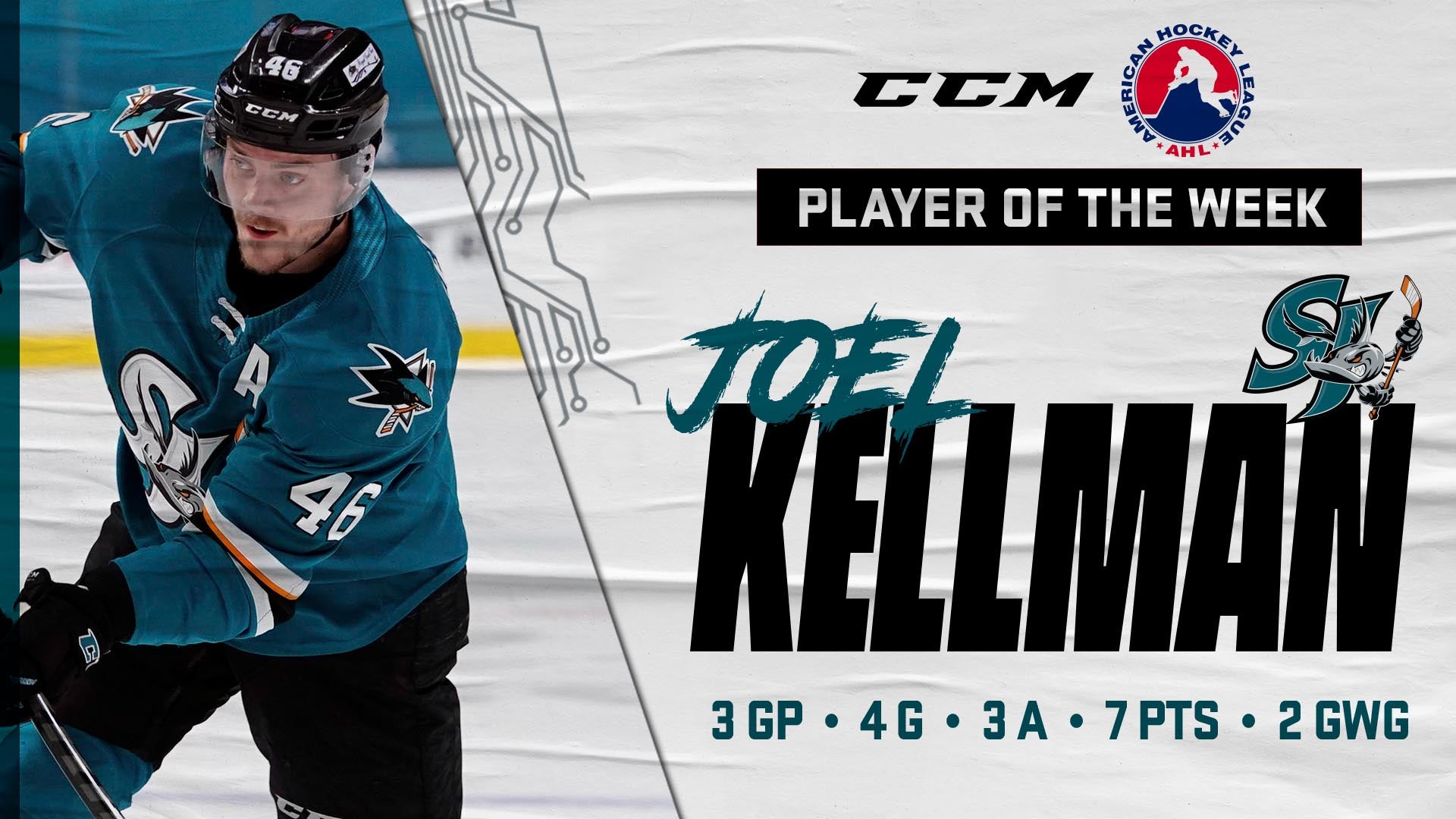 Kellman has tallied seven goals and 11 assists for 18 points in 18 games with the Barracuda this season, his sixth pro campaign and second in North America. The 26-year-old native of Karlskrona, Sweden, has also skated in seven NHL games with the Sharks in 2020-21, picking up a goal and an assist. Signed as a free agent by San Jose on Apr. 25, 2019, Kellman has 34 points in 43 AHL games and nine points in 38 NHL contests in the Sharks organization.

In recognition of being named the CCM/AHL Player of the Week, Kellman will receive an etched crystal award from CCM.