In this edition of "Nolly’s Notes" I want to spotlight something that happened during Monday’s game in Ontario, that had nothing to do with winning or losing but had me gleaming with pride. For the first time in Sharks affiliate history, four different players hailing from the state of California played for the Barracuda in one game. Sasha Chmelevski (Huntington Beach), Jake McGrew (Orange), Evan Weinger (El Segundo), and Keoni Texeira (Fontana). Not to mention the members of the team’s staff from the Golden State; Head Coach Roy Sommer (Oakland), Video Coach Nick Gialdini (San Jose), Head Althletic Trainer Will Leonard (San Jose), Assistant Athletic Trainer Gianluca Scotuzzi (San Jose), Assistant Equipment Manager Will Shukait (San Jose) and myself (Santa Cruz).

When I was a kid growing up in Santa Cruz, I loved hockey more than life itself. I knew every stat, every player, idolized the game’s biggest stars, and shot thousands of pucks on my driveway (Sorry mom and dad for all the marks on the garage). I wanted nothing more than to make the NHL. As you can tell, that dream hasn’t wavered much over the years, but it’s just a little bit different than it once was. I’ve traded in the skates and stick for a headset. We were a classic hockey family. My older brother Tyler played, and so did my twin brother Dax. Weekends were spent at rinks and my grade-school teachers couldn’t understand why I was missing every other Friday to go out of town. Hockey took precedence over everything. Over time other things piqued my athletic interest like surfing and football but the love for hockey has always been there.

Although one of my good family friends, Spencer Dillon, who grew up a few houses down the street was drafted by the Florida Panthers, hockey in Santa Cruz was as foreign as a Ferrari. Almost none of my friends played and the knowledge of the sport didn’t go much beyond just the awareness of the Sharks. My parents met while in college at Bowling Green State University and that's where their true introduction to the sport came. Once they uprooted to California, and they began their family, they took the unorthodox approach of getting all four of their kids into roller hockey. As it often goes in California, the draw of the ice beckoned, and a natural transition to ice hockey occurred. 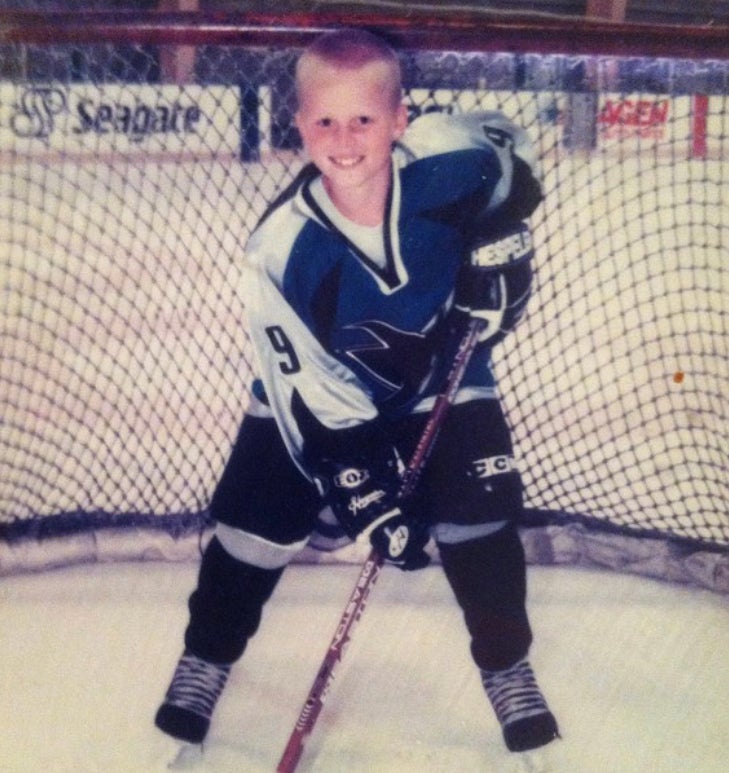 Although I played hockey and dreamt of the NHL, making the NHL from California was a mere pipedream.

That dream nowadays seems a little bit more obtainable than it did 15 years ago. Many look back at Wayne Gretzky being traded to the Kings as the fuel to the hockey-craze fire in California. Heck, I was probably a byproduct of that trade too.

According to a list comprised by California Rubber Magazine, there were 70 different men and women playing at the NCAA DI level with ties to the state of California during the 2019-20 season and 92 playing at various levels of pro hockey.

The LA Kings are in their 55th year, the Sharks in their 31st, and the Ducks in their 27th. So, for many kids and young adults who have grown up in California, hockey isn’t as foreign as it once was. In fact, it’s engrained in the culture, and more and more kids are being introduced to the sport each and every day. Not to mention the coaching has gotten better with former pros sticking around after their careers. With the American Hockey League making its way out west in 2015, and with an expected six California teams in the Pacific Division in 2021-22 (Bakersfield, Coachella Valley, Ontario, San Diego, San Jose, and Stockton), hockey is as prevalent as it has ever been in California.

Just the other day, the Barracuda took on the Bakersfield Condors, and in Bakersfield’s lineup was Brayden Watts who grew up in Bakersfield, rooting on the Condors, while playing within the team’s youth hockey program. Keoni Texeira grew up 20 minutes from Toyota Arena in Ontario and was able to suit up for the Barracuda on Jan. 31 against the Reign, in the same building he’d gone to games to as a kid. Thatcher Demko, the starting netminder for the Vancouver Canucks played for the San Diego Junior Gulls as a kid before reaching the NHL via Boston College.

Heck, I can remember when Sharks Ice was called the Ice Centre and it had just two rinks. Now it’s the official practice facility of two professional teams and the future home of the Barracuda. It’ll have six rinks by August of next year. That’s right SIX, including the Cuda’s 4,200 seat arena. It’s almost hard to fathom that the game has grown here the way it has. In a perfect world, hockey sticks and nets will be as prevalent during elementary school, middle school, and high school gym class as basketballs, footballs, and volleyballs.

We all know hockey isn’t the most affordable activity for many families, but more ice means more opportunity and exposure. I believe, rooted deep within the AHL’s western expansion, the growth of Sharks Ice, etc. is a yearning desire to continue to grow the game at a grassroots level. Hockey participation is the lifeblood of the sport. Far beyond ticket sales and sponsorship.

If you’re interested in getting your child into the sport, there is no better place to start than the NHL’s & NHLPA Learn to Play Program. It’s a great introduction to hockey without breaking the bank. Continued education, exposure, and inclusivity is the catalyst of the game now and in the future. Hockey is for everyone and I can’t wait to see where the sport goes in another 20 years.

Before I wrap up this week’s edition of Nolly’s Notes, I wanted to quickly shift gears. We were just in Las Vegas for games on Wednesday and Thursday, so I thought I’d check out the Henderson Silver Knights' new arena, Dollar Loan Center, which is set to open on April 2. I couldn’t go inside but I snapped a couple of photos from the outside to give you an idea of how it looks. It should hold just over 6,000 fans and will be the first of three brand new arenas in the Pacific Division set to open in the next year or so (The other two; San Jose and Coachella Valley). The Barracuda will wrap up the regular season at the DLC on April 22 & 23. Seeing the arena had me all that much more excited for the Barracuda’s future 4,200-seat facility that the team will move into next season. If you haven’t done so already, sign up for the Battery today and become a season ticket holder for this state-of-the-art facility! The arena will include 12 suites, eight loge boxes, one theatre suite, a 46-person party deck, three bar locations (with one at ice level), seven food concession stations, and two team merchandise stores. Click HERE for more details.

That’ll do it for this edition of Nolly’s Notes. I’m Nick Nollenberger, saying, thanks for reading, and so long until next time.