Hey Cuda Country, Nick Nollenberger here. Hope you had a great weekend. As we know, this past Sunday and Monday were supposed to be the 2022 AHL All-Star Classic in Laval, Que., but it was postponed due to the ongoing COVID-19 pandemic. Marking the second-consecutive AHL season in which the league was forced to postpone All-Star festivities.

Although the All-Star rosters were never named by the league, in this edition of Nolly’s Notes we’ll take a crack at it with our “what if” Pacific Division roster. And we’ll look down memory lane with Barracuda All-Stars of the past and where they are now.

Before we begin, let’s set the parameters. Going off the format from the 2020 AHL All-Star Classic in Ontario, the team will feature seven forwards, three defensemen, and two goalies, plus the head coach of the division’s first-place team. Each team from the division will be represented by at least one member.

Frk is a pure goal scorer at the AHL level. At times, he reminds me of a poor man’s Alex Ovechkin when parks on the flank and unleashes the hardest shot in hockey. His game can seem stationary at times because he’s always looking to generate offense and get in a shooting position, but there’s no doubt that he can fill it up. The guy below is the perfect complement to Frk’s game. Of Frk's AHL leading 20 goals, I counted T.J. Tynan has picked up an assist on 13 of them (65%).

The AHL’s MVP in 2020, T.J. Tynan is almost unstoppable as an AHL power-play quarterback. His speed, vision, and playmaking ability are nearly unmatched in the Pacific Division. The eighth-year pro currently ranks second in the AHL in points (48), first in assists (40) and first in power-play assists (23) and is part of the league’s top PP-unit (27.6%).

Since Griffith joined the Condors last year, he’s uplifted everyone on the team offensively. He can score, distribute, and attack off the rush with the best of them in the AHL. To me, he’s very similar to Tynan. A bit undersized but lethal offensively.

The Barracuda have only faced the Roadrunners three times this year, but it was clear that Maccelli was the team’s best player. His skating ability, nose for the net, and transition game is impressive for a first-year player in the AHL. A Finnish native, Maccelli spent the prior two years in the Finnish Elite League where he was the rookie of the year in 2020. Before that, he spent two campaigns in the USHL, and you can tell that experience on the smaller North American ice-sheet has accelerated his development.

One of two first-rounders on this list, and the second youngest in the group, Jakob Pelletier is off to a fabulous start to his pro career. On a point-per-game pace, he has continually produced offense for one of the league’s top teams. He’s not a huge guy at five-foot-10, 180-pounds, but he’s got an offensive knack that stands out at this level.

Reedy has been the Barracuda’s most lethal offensive force all year and one of the top rookies in the AHL. The Ham Lake, Minn. native ranks t-first in the AHL in power-play goals (10), first in shooting percentage (30%) and third in goals (18).

Like the Barracuda, the San Diego Gulls have struggled to find a ton of consistency this year, but Brayden Tracey has been a real bright spot in his first full season of pro as he leads the Gulls in points (25), goals (9), assists (16), +/- (+9), points-per-game (.81), five-on-five goals (8), and shooting percentage (18.8). The former first-rounder in 2019 is the youngest player on this list.

I had some trouble picking a Canuck only because of the forward and goalie depth in the Pacific Division, so I settled with defenseman Jack Rathbone. That’s no slight for Rathbone who is a good young defensive prospect for the Canucks, but he’s played just 15 games in the AHL while dressing in nine at the NHL level. Despite that, he’s still managed to net three goals, while tacking on nine helpers. When we saw the Canucks early this year, I thought he played with pace. If you can skate, you can play.

A familiar face in the division during his time with the Roadrunners, Gross has been a huge pickup for the Avs top affiliate this year as he is pacing all AHL blueliners in scoring (32), shots (110) and fourth in power-play assists (12). There’s probably too much defensive depth up top with the Avalanche for him to penetrate the team’s lineup on a regular basis so he’ll continue to rack up points in the A.

The Cuda Killer, Logan Thompson is 8-1 in his career against the Barracuda between the regular-season and playoffs, but to be fair he has beat just about everybody he has faced since he joined the American Hockey League last year. The Aldege “Baz” Bastien Award winner last season as the league’s top goalie, Thompson, who signed a three-year extension with the Golden Knights last week, has proved his play from a year ago was no fluke.

The Gilroy native is off to an incredible start in his pro career and ranks first in the AHL in wins (19), third in goals-against average (2.01), second in save percentage (.934), and fifth in minutes played (1459:51). At 6-0, 170-pounds, he’s not the biggest tendy, but for a Flames org that has struggled to find a goaltender in the draft for years, Wolf might change that narrative.

A two-time Stanley Cup Champion, Goodrow has done pretty well for himself after going undrafted out of the OHL. This past offseason he signed a six-year ticket with the Rangers.

A steady bottom-six forward in the NHL, Carpenter went from being waived by the Sharks in 2017-18, to becoming a part of the Golden Knights magical inaugural season, to signing a nice contract with the Blackhawks for three years in 2019. Again, another undrafted signee by the Sharks that has carved out an NHL career.

A fan favorite when he was with the Sharks organization, Troy Grosenick continues to provide goalie depth wherever he is. The ninth-year pro is currently playing under former Barracuda assistant coach Ryan Mougenel with the P-Bruins.

The AHL’s Rookie of the year in 2016-17 with the Barracuda, Danny O’Regan has spent most of his career in the AHL but continues to be one of the top performers in the league. A year ago, O’Regan ranked second in the AHL in scoring (16+21=37) as a member of the Henderson Silver Knights.

Bibeau signed with the expansion Seattle Kraken this offseason but a logjam at the position has forced him to split time between the ECHL and AHL.

Balcers was traded to the Senators in the Erik Karlsson deal but made his way back to the Sharks via waivers last year. Despite an injury, he is on pace to set NHL career-highs in goals, assists, and points.

From a top shutdown defender in the AHL, to a lockerroom and fan favorite in the NHL. Middleton was given a chance with the Sharks this year and has run with it. He’s been reliable as a pair with EK65 (before the injury) and has proven he’ll do anything to help the team. Some things never change. 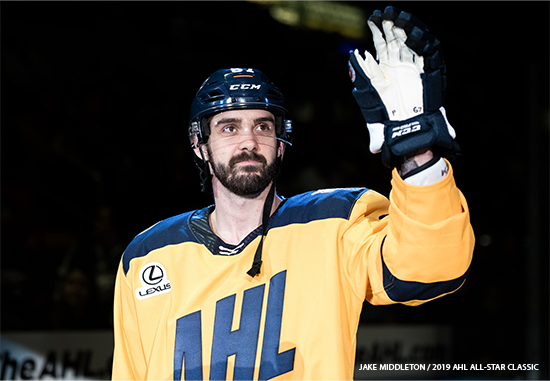 A contract throw-in when the Sharks acquired Erik Karlsson from the Sens, Perron surprised everyone by lighting it up in the AHL in the first half of his only season with the Barracuda. His numbers would taper off and he’d end up getting traded to the Canucks during the following summer’s draft. Perron is in his second season in Sweden after one year with the Utica Comets.

Korenar had an incredible rookie season in 2018-19 but he never could mimic that success again during his tenure with the Cuda. This past offseason he was sent to Arizona in a deal that brought Adin Hill to the Bay.

Now in year three of his pro career, Blichfeld continues to be one of the Barracuda’s top scorers, ranking second on the club in almost all offensive categories.

That’ll do it for this edition of Nolly’s Notes. I’m Nick Nollenberger, saying, thanks for reading, and so long until next time.