Bakersfield, CA – The San Jose Barracuda (13-16-1-0) allowed three goals in the first period and eventually fell the Bakersfield Condors (12-8-3-3), 5-1, at the Mechanics Bank Arena on Saturday night. With the win, the Condors have now picked up victories in five-straight and points in their last nine consecutive games (6-0-2-1).

• Condors forward James Hamblin (6, 7) netted a pair of goals, his third and fourth of his career against the Barracuda.

• Cooper Marody picked up an assist and now has points in seven consecutive games (6+5=11).

• After the loss, the Barracuda are now 1-2 against the Condors and 15-17-2-3 all time at the Mechanics Bank Arena. The Barracuda and Condors are set to play a home and road next Saturday and Sunday. 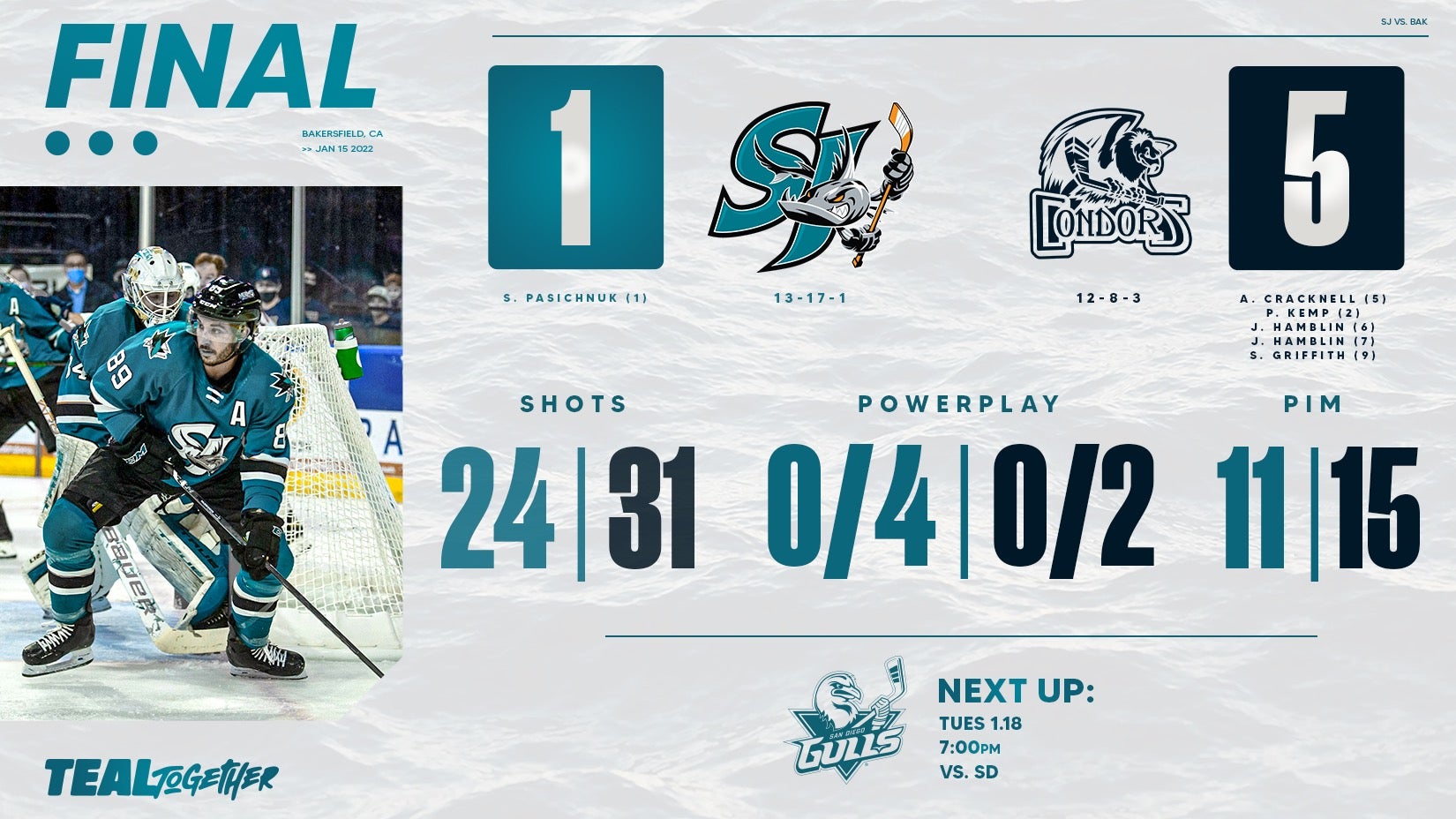