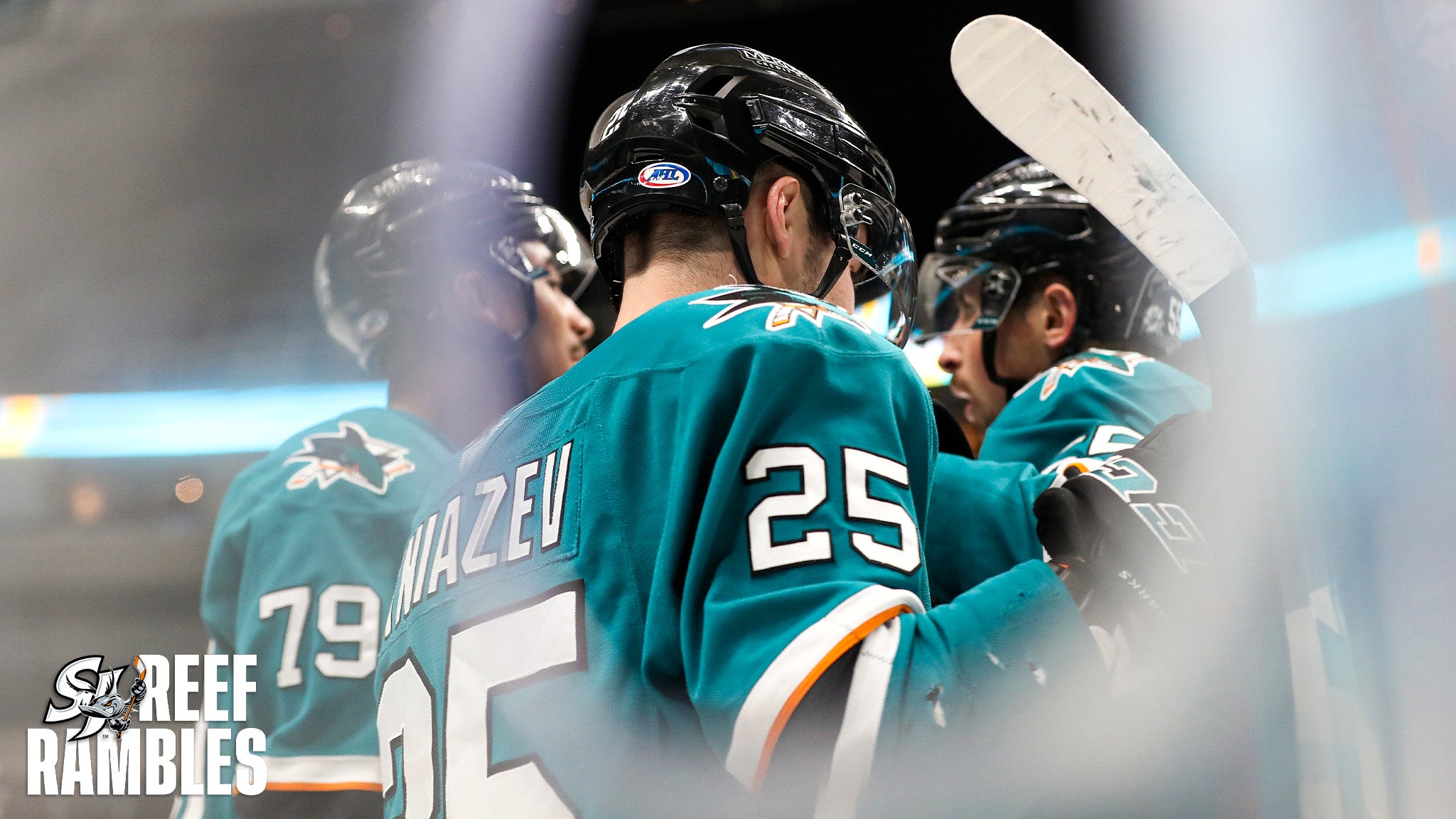 Over the offseason, the San Jose Sharks brought in several players who are likely to spend time with the Barracuda during the upcoming season. While there is still time for moves to be made and new faces to be brought onto the Barracuda roster, these are some of the offseason acquisitions we are looking forward to seeing soon.

Shared with the Sharks

Acquired in the trade that sent Brent Burns to the Carolina Hurricanes, goaltender Eetu Mäkiniemi is expected to be one of the go-to netminders for the Barracuda for the upcoming season. Posting a .922 save percentage in 14 regular-season appearances with the Calder Cup champion Chicago Wolves last season, Mäkiniemi will be looking to work his way up the organization’s goaltending depth chart. Finishing his first season in the AHL boasting a 2.06 goals-against average and an 11-2-1 record, he has set himself up well for his first season in San Jose.

The most recent addition to the organization, former first-round selection by the Detroit Red Wings, Evgeny Svechnikov is coming to San Jose having spent six seasons in either the AHL or NHL, including the full 2021-22 season with the Winnipeg Jets. With seven goals and 12 assists in his 72 games with the Jets, Svechnikov will be working to find a regular spot in the Sharks’ lineup after signing with the club as a free agent. However, with a battle for roster spots with the NHL club, the Barracuda could see Svechnikov spend time in the AHL. Undoubtedly, he would bolster the experience and veteran leadership the Barracuda were searching for last season should he remain with the team.

Making his return to North American hockey after two seasons in Sweden, Max Véronneau comes to San Jose after a strong season with Leksands IF. Picking up 34 goals and 26 assists through 51 games in the SHL, Véronneau will be looking to continue his success with the Barracuda and work toward earning a spot in the NHL after signing a one-year deal with the team in April.

Coming to San Jose having spent parts of the last six seasons moving between the AHL’s Manitoba Moose and Winnipeg Jets, C.J. Suess signed a one-year deal with the organization in July and will be another veteran presence for the Barracuda. In a fun twist, Suess made his NHL debut on Nov. 11, 2019—against the San Jose Sharks. With 14 goals to match his 14 assists through 46 games with the Moose last season, Seuss will be looking to improve his numbers and bring a new level to his game with the Barracuda.

Having spent the last 11 years split between the AHL and NHL, Andrew Agozzino, like many of the club’s offseason signings, offers veteran leadership to a young Barracuda roster. Posting 20 goals and 23 assists through 66 games with the AHL’s Belleville Senators last season, Agozzino will look to continue his strong offensive production after signing a two-year contract with the Sharks in July.

Of course, there is one name, already familiar to Sharks and Barracuda fans, who has found his way back to San Jose. Goaltender Aaron Dell returns to play in teal after two seasons away from the Bay Area. Dell hasn’t played for the Barracuda since the 2015-16 season, however, with 34 regular-season appearances split between the Buffalo Sabres and the AHL’s Rochester Americans, Dell will be ready to go wherever he’s called upon in the upcoming season.

When Barracuda head coach John McCarthy says he wants the team’s identity to be gritty, he might not find much more grit than from forward Luke Johnson, and it’s not just on the ice. Though he appeared in just 23 games for the Manitoba Moose throughout the 2021-22 season, it perhaps was lucky he got that many at all. Spending a total of 21 weeks recovering from two separate but similar injuries. In fact, he broke the same leg twice. The first break just five games into the season and the second time six games after his return to the lineup. With two goals and two assists in his four playoff games with the Moose, Johnson showed he was ready to play again and with a healthy season this year, Barracuda fans definitely have something to look forward to with this player.

A former first-round draft pick of the Pittsburgh Penguins, defenseman Derrick Pouliot has spent time with a few teams throughout his professional career. Don’t let that deter you, however, because Pouliot has the ability to be the offensive defenseman you love to have around—he’s also won a Stanley Cup with the Penguins. With eight years in the pros, Pouliot has the leadership and experience to help guide the young prospects in the San Jose system while looking to impress the organization in the process.

Another guy set up to play a leadership role for the Barracuda this season, forward Patrick McGrath has spent nine seasons playing in the AHL and ECHL. In his 297 games between the two leagues, McGrath has racked up 1,085 penalty minutes. After signing with the Barracuda in August, McGrath will be looking to bring his style of game to San Jose and there is no doubt it will be fun to watch as the season goes on.