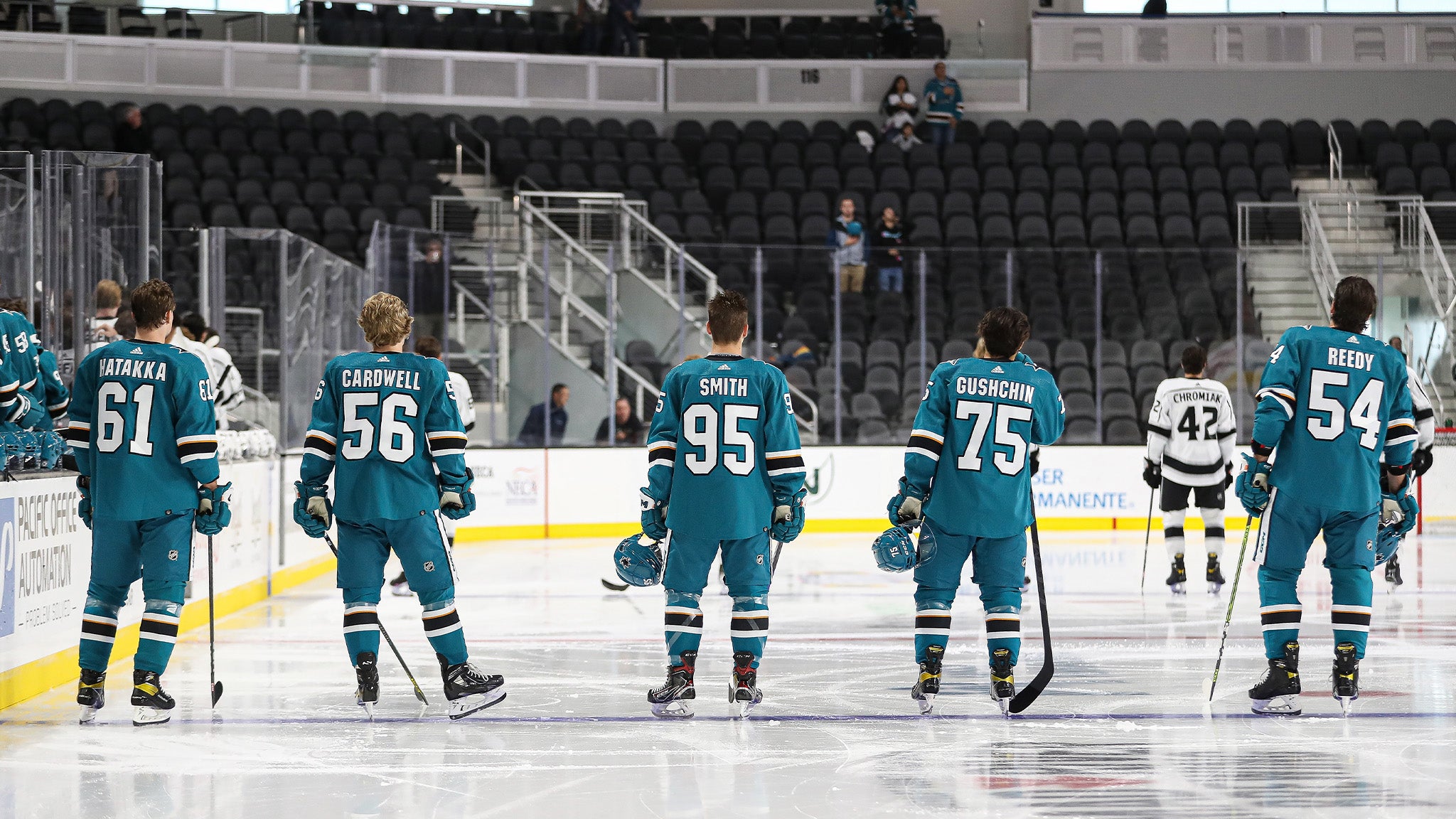 “I think that overall, the guys competed well. They learned a lot and we got to learn about them.”

Using the rookie camp and the Rookie Faceoff to make an impression was Hagel’s message to the players who are looking for spots on either the Sharks or Barracuda rosters for the season, saying, “Make the most of your opportunity. If you want to get noticed, you’ve got to do something noticeable.”  A message that echoed an earlier statement from Barracuda head coach John McCarthy where he had discussed the necessity of every player to leave their mark on every game they slot into if they want to find a spot on the roster.

Saying he came in with no real preconceived notions about players after joining the Barracuda coaching staff over the summer, Hagel noted that William Eklund was, of course, the player that stood out most and made a splash.

“He obviously stole the show with that spin-o-rama move, but I think that he’s really shown some potential that he’s going to be a dynamic player in the future.”

However, Eklund was not the only rookie Hagel mentioned following Monday afternoon’s game, as he also noted that Sharks 2022 fifth-round draft pick Jake Furlong got better every game, stating “I think he looks really good out there and I think he’s going to be a really good player down the line.”

The coaching staff worked on the mentality of the players throughout the rookie camp and Rookie Faceoff rather than focusing on the systems. Hagel noted that while the players were given some structure to play, the focus was mentality over systems.

“We all thought that you probably get more out of a group that is coming together for the first time if you really preach that competitiveness. Play on our toes, play fast, play in people’s faces – which I thought we especially did [Saturday night]. That game was a lot of fun”

While the Sharks prospects dropped their third and final game of the Rookie Faceoff, they continued to play the game that the organization wants to see out of them.

Being shutout 3-0 by the Los Angeles Kings roster in the third game in four days for the two teams was not the end of the world. The team continued to show the mindset that the Sharks organization is striving to be known for in the new era of Sharks hockey.

Monday’s game was the only one of the three matchups that saw the Sharks roster take less than 20 shots in the game, while 2021 third-round draft pick Ben Gaudreau made 27 saves on the 29 shots he faced.

The Sharks Rookie Faceoff roster finished the event 2-1, allowing just five goals (one being a Kings empty-net goal), scoring eight of their own, including William Eklund’s overtime-winner against the Colorado Avalanche on the first night.

With Sharks training camp set to open on Thursday, Sept. 22, at Sharks Ice at San Jose, many of these Sharks prospects will be staying in San Jose, looking to battle for roster spots for the upcoming season.