The San Jose Barracuda (10-15-0-2) dropped their first game back from the holiday break 8-1 against the Stockton Heat (18-5-2-3)(Calgary Flames) on Friday afternoon inside the SAP Center. The game was the first leg of a #HockeyDayinSanJose doubleheader, with the Sharks hosting the Los Angeles Kings on Friday night. 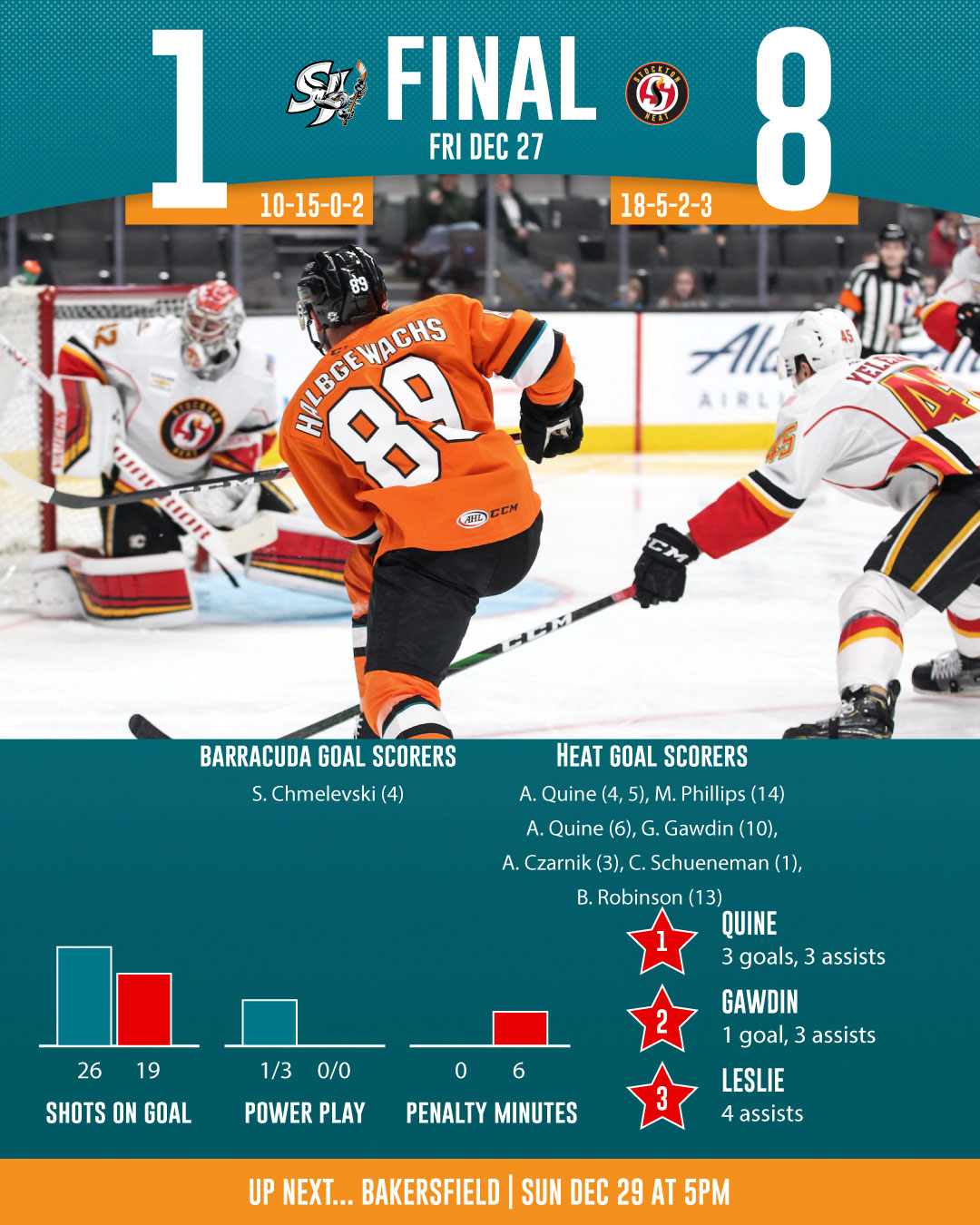