• For Sawchenko, the 47 shots faced and 45 saves were career-highs as the third-year pro earned his first win of the year in his season debut.

• After going 0-for-7 on the power-play to begin the season, the Barracuda managed to go 2-for-3 on the man-advantage on Saturday, getting the game-winning goal from Noah Gregor (1) while up a man.

• Jayden Halbgewachs (2, 3) notched a pair of goals in the victory, and now has three goals over his last two games. Saturday marked his fourth-career two-goal game.

• Ryan Merkley collected three assists over the weekend, including two on Saturday. Merkley’s two-point effort was the second of his career.

• Before this weekend, the Barracuda had never won back-to-back games within the Budweiser Events Center.

• The Barracuda are now set to host their home-opener on Oct. 29 (7 p.m.) at the SAP Center against the Eagles. 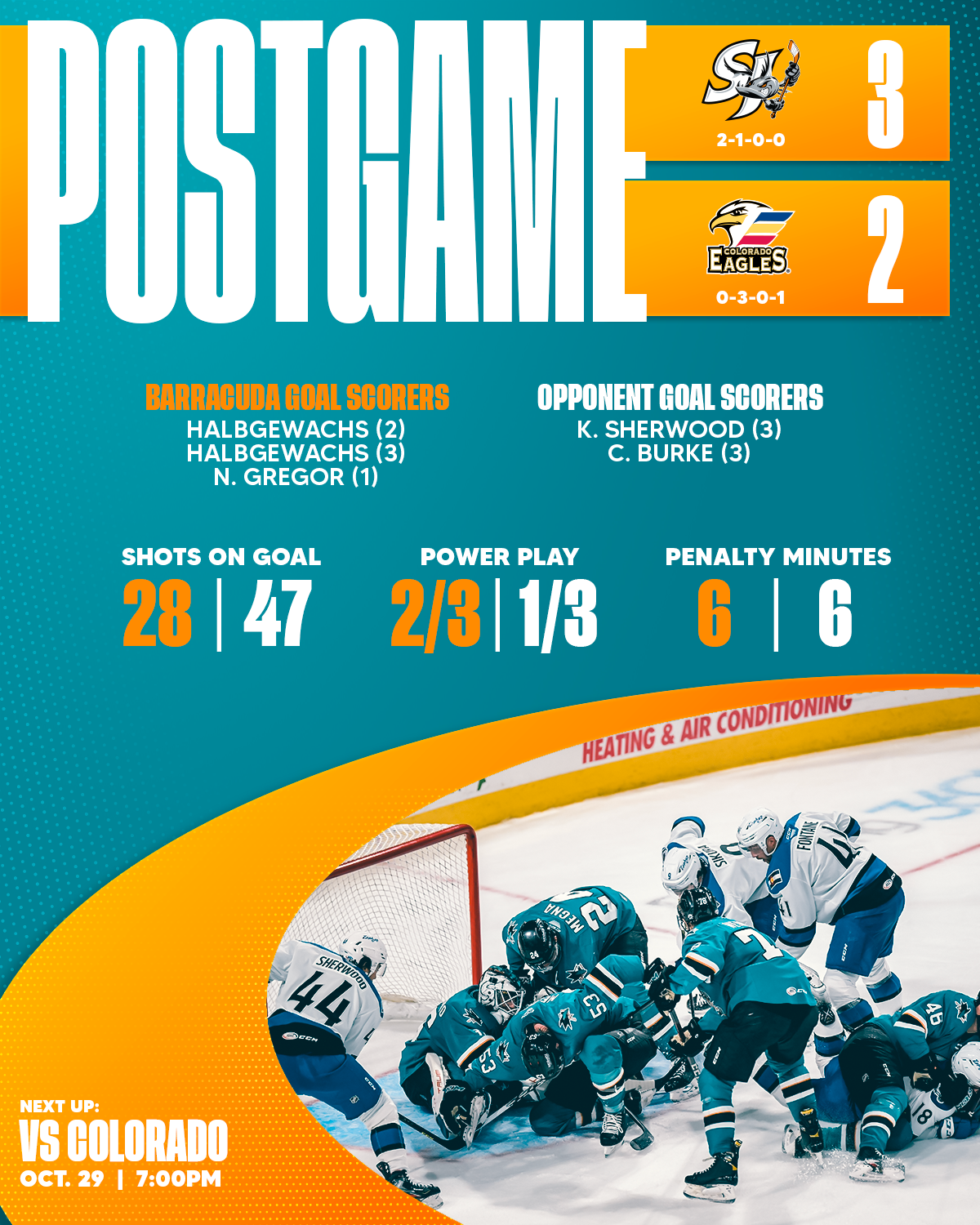