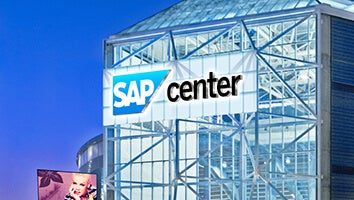 The move is part of a larger announcement made today by the AHL regarding the creation of a new, Pacific Division of the AHL for the 2015-16 season, comprised of five National Hockey League-affiliated teams that will be based in California.

The name, logo, colors and schedule for the San Jose AHL team will be released at a later date.

“This is an exciting day for the San Jose Sharks organization and for hockey fans throughout the state of California,” said Tortora. “Having our AHL club playing in close proximity to our NHL club has innumerable benefits for the development for our young players and prospects. It also provides an opportunity for the Sharks organization to grow Sharks Territory and enhance our footprint into what is an already hockey-crazy market.”

The American Hockey League, comparable to Triple-A in Minor League Baseball, is the top developmental professional hockey league on the planet, where more than 88% of current National Hockey League players have developed their skills prior to earning a spot on an NHL roster.

Sharks Head Coach Todd McLellan served as head coach of the Houston Aeros from 2001-2005 and led the team to an AHL Championship (Calder Cup) in 2003. Sharks Associate Coach Larry Robinson played parts of two seasons with Nova Scotia before beginning his Hall of Fame NHL career.

For a deposit of $50 per seat, fans can add their name to a season ticket list for the upcoming 2015-16 season, with first priority going to existing Sharks Season Ticket Holders. More information can be found at www.sanjoseahl.com.