SAN JOSE, CA - San Jose Sharks (@SanJoseSharks) general manager Doug Wilson announced today that the club has signed center Scott Reedy (@scottreedy19) to a two-year, entry-level contract, that will begin with the 2021-22 season. Per club policy, terms of the deal were not disclosed.

"Scott just capped off a tremendous career at Minnesota, leading the Gophers in goal scoring each of the last two years, and as one of the nation's youngest seniors he has steadily improved with each season," said Wilson. "His big frame allowed him to play a very important, versatile role and some tough minutes on one of the top teams in college hockey this past season." 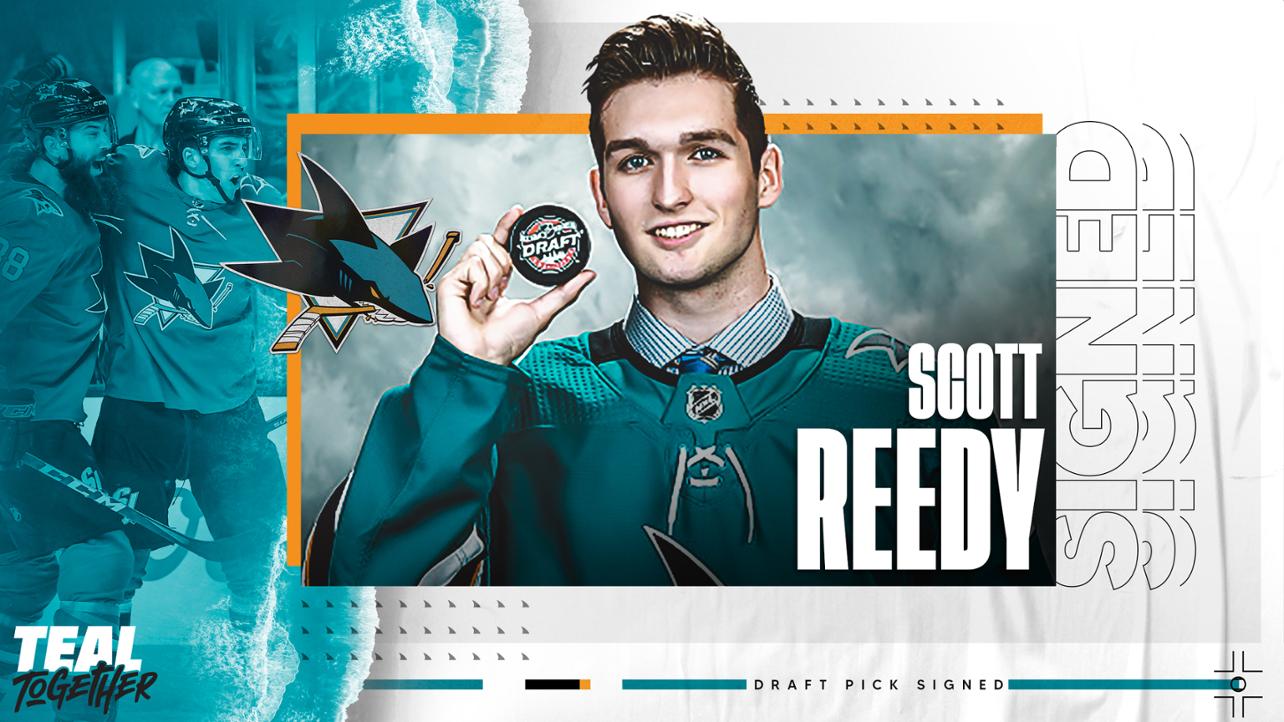 Reedy, 21, recorded 28 points (11 goals, 17 assists) and a plus-20 rating in 28 games with the University of Minnesota Golden Gophers in the Big Ten (NCAA). He set career highs in points, assists, shots on goal (92), plus/minus and game-winning goals (6), and led Minnesota skaters in assists (tied), plus/minus, power-play goals (4) and game-winning tallies. His six game-deciding goals ranks tied for first in the nation and Minnesota went 11-0-0 in games that he scored a goal. Reedy was named to the Big Ten Honorable Mention All-Star Team, helping Minnesota win the Big Ten title, and was named a finalist for the 2020-21 Senior CLASS Award in recognition of his achievements on and off the ice. On Jan. 21, he tied a school record with five assists in a single game vs. Arizona State.

In his 132-game collegiate career with Minnesota, Reedy collected 77 points (40 goals, 37 assists) and a plus-22 rating. In 2019-20 the forward led the Gophers with 15 goals and led the Big Ten with a .231 shooting percentage (fifth in NCAA), and additionally was named Academic All-Big Ten three times.

The six-foot-two, 205-pound native of Prior Lake, Minnesota, was selected by San Jose in the 2017 NHL Draft (fourth round, 102nd overall).

Reedy is expected to join the San Jose Barracuda (@sjbarracuda), the team's top development affiliate in the American Hockey League (AHL), on an Amateur Tryout (ATO) for the remainder of the 2020-21 season.