• Scott Reedy (3) netted his team-leading third goal of the year and now has goals in three of his last four games.

• Cole Moberg collected his first assist as a member of the Barracuda on Reedy’s goal in his season debut.

• Adam Ruzicka (5, 6) picked up a pair of goals in the win and now has five tallies over his last two games.

• Former Duck Andy Welinkski finished with a pair of assists while Martin Pospisil racked up a goal and an assist in the victory.

• The Barracuda and Heat will next face each other on Dec. 29 at the SAP Center.

The San Jose Barracuda return to the ice on Saturday to take on the Texas Stars at 1:15 p.m. at the SAP Center as part of a Hockey Day in San Jose doubleheader. The Sharks will square off against the Devils in the nightcap. Saturday’s Barracuda game will feature $3 Coors Lights. For tickets, head to sjbarracuda.com/tickets. 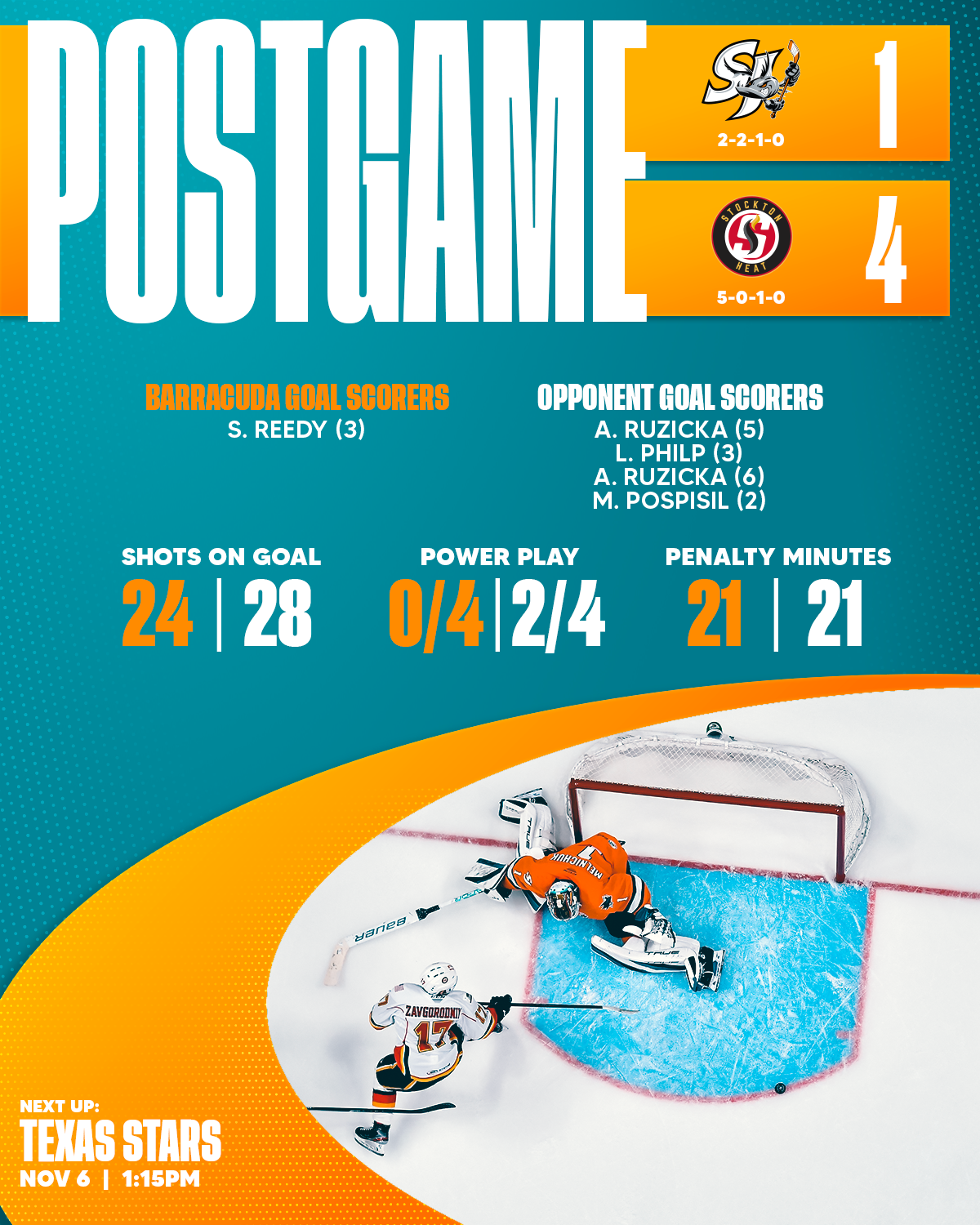