SOMMER REACHES 800 WINS IN THE AHL

On Dec. 3, 2017, Sommer became just one of seven coaches in professional hockey to reach 700 coaching wins between the NHL, AHL and ECHL.

In 2016-17, Sommer was awarded his first A.R. Pieri Memorial Award as AHL Coach of the Year after leading the Barracuda to a 43-16-4-5 (.699) record and the franchise's first Western Conference Final appearance.

Prior to joining the Sharks organization as an assistant coach under Head Coach Darryl Sutter from 1996-1998, Sommer spent five seasons and 334 games as a head coach in the East Coast Hockey League with Roanoke and Richmond, including winning an ECHL Championship in 1995 with Richmond. 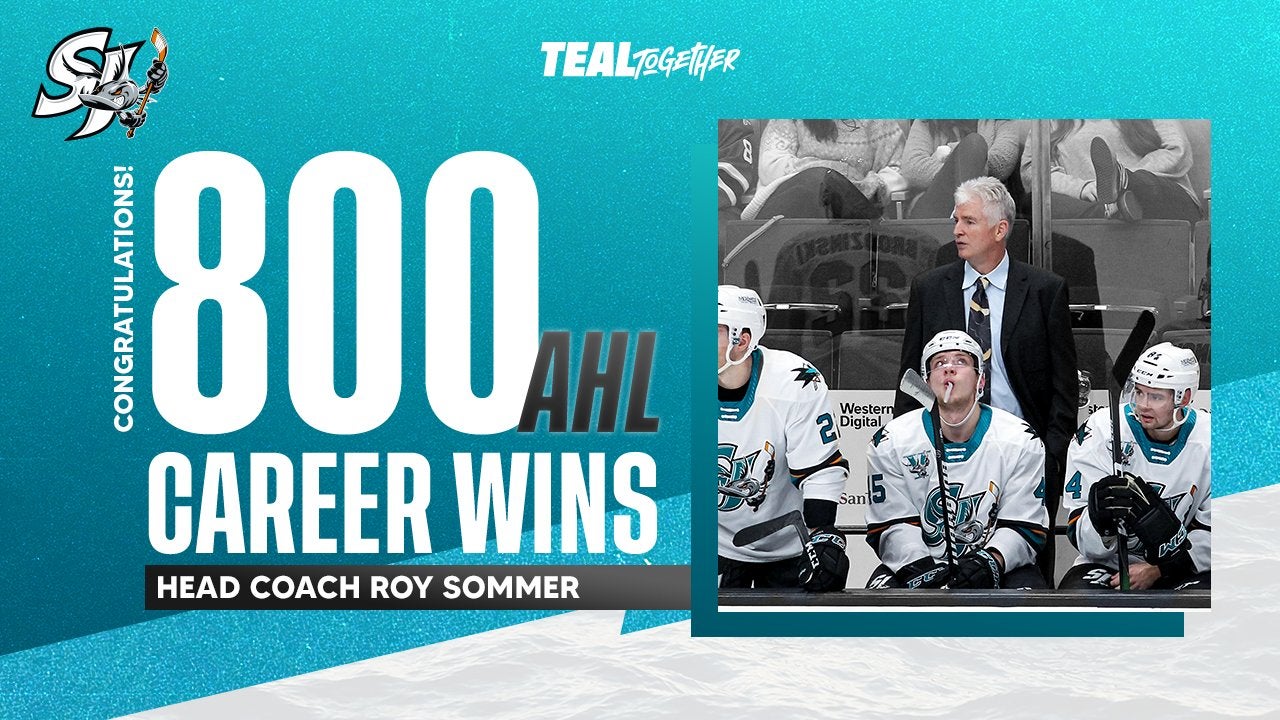