STARS TOO BRIGHT AS BARRACUDA FALL 7-3

• Noah Gregor had a career-high three points (one goal, two assists) after coming off the AHL's COVID-19 protocol list and now leads the team with seven points (3+4=7) in five games. He also extended his goal streak to three and his point streak to four.

• Texas' Nicholas Caamano was a +4 and netted one goal and two assists for three points and now has four points (2+2=4) in nine games.

• Stars' Frederick Karlstrom also tallied a goal which was the game-winner and chipped in with two assists. He has five points (2+3=5) in nine games played.

Despite being outshot 30-19, the Barracuda plagued stars goalie Jake Oettinger with three goals, one coming off the power-play.

• Zachary Emond made his AHL debut in relief in the third period. The 21-year-old was called up from Orlando on Tuesday.

• Jayden Halbgewachs scored on the power-play and now co-leads the team with three goals (Scott Reedy and Noah Gregor).

The Barracuda return to the ice on Sunday to take on the Texas Stars at 3:00 p.m. Every Sunday during the 2021-22 season the Barracuda are offering a hot dog, popcorn and soft drink with a ticket for as low at $19.50 each. For tickets, head to sjbarracuda.com/tickets. 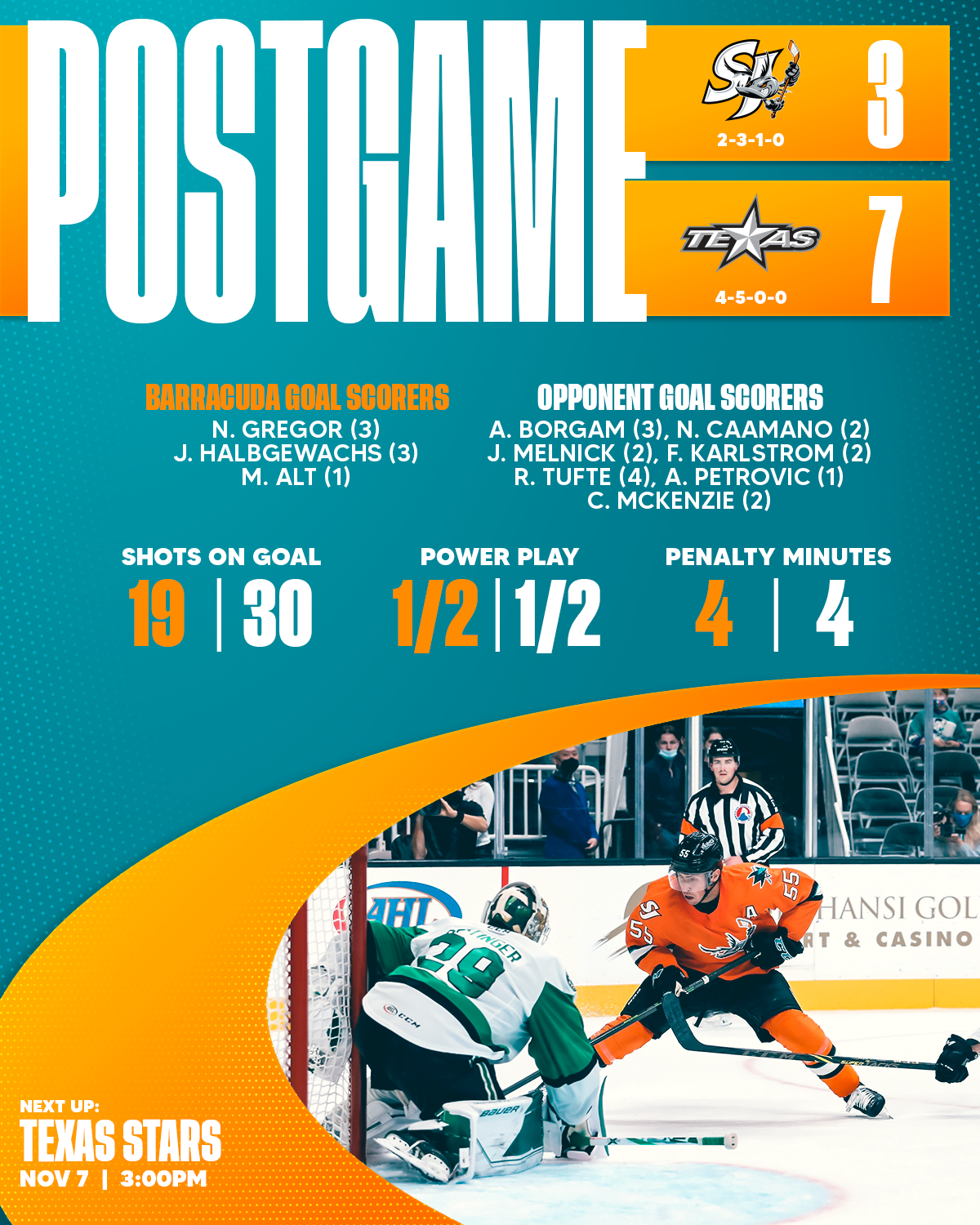