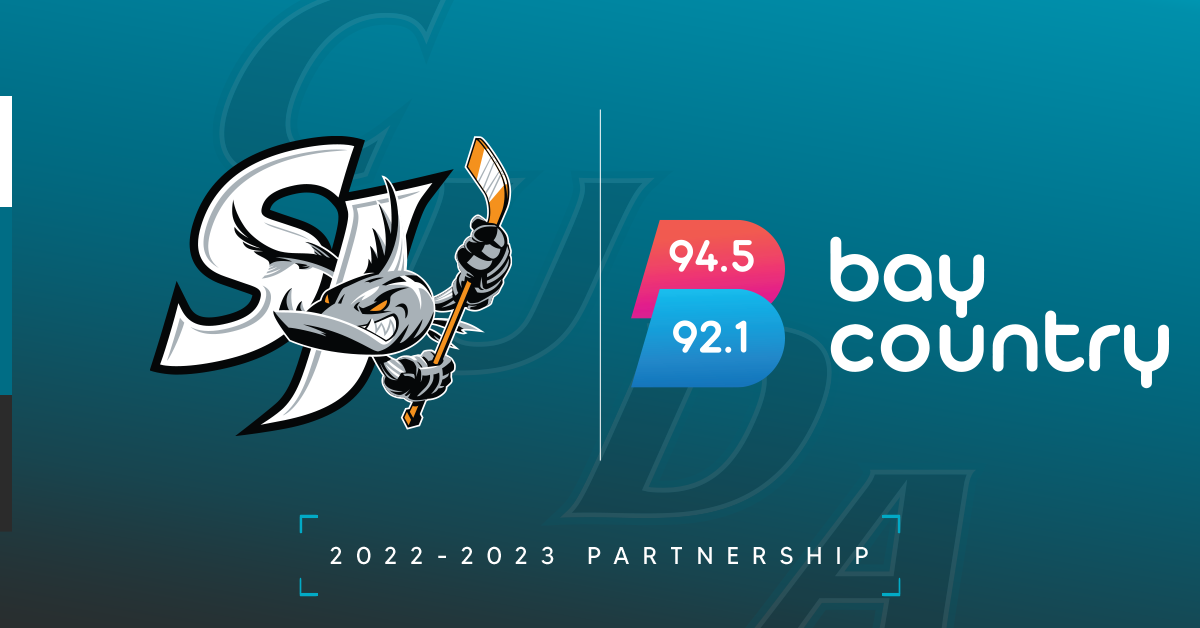 San Jose, CA – The San Jose Barracuda (@SJBarracuda), top affiliate of the San Jose Sharks (@SanJoseSharks), are proud to announce they have partnered KBAY-FM 94.5 and KKDV-FM 92.1 (Bay Country) on a three-year marketing agreement beginning in the 2022-23 season.

“The Barracuda couldn’t be happier to partner with Bay Country and continue to grow our footprint in the Bay Area and beyond,” said Eric Grundfast (@EGrundfast), Barracuda Director of Business Operations. “New to the country airwaves in the Bay Area, we feel Bay Country is the perfect partner to grow both our brand and theirs and we can’t wait to work together for years to come.”

“Bay Country and the Barracuda are a perfect fit given the radio station's high amount of family listening and the team's focus on affordable family fun,” said David Drutz, Vice President/Market Manager at Alpha Media San Jose. “Tech CU Arena will be a state-of-the-art facility and the AHL is high-level hockey, so it makes sense for Bay Country to become a key partner of the Barracuda.”

Beginning in July, Miller or Harlan will conduct a weekly interview with a Barracuda coach, player, broadcaster, or front office member. The interview will be streamed live on Bay Country’s Facebook page and subsequently shared on the station’s social media channels and at baycountry.com throughout the regular season.