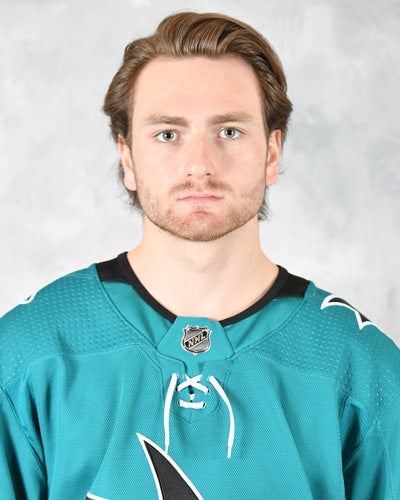 • Appreared in a career-high 30 games with the Sharks

• After being held off the scoresheet in his first game of the season with the Barracuda, recorded five points (one goal, four assists) over his next three outings

• Led his team to a WHL Championship and an appearance in the 2019 Memorial Cup...in 23 playoff games he scored 13 goals and 11 assists

• Alternate Captain for the Warriors...also played in 30 games for the Victoria Royals (WHL) scoring 15 goals and tallying 14 assists for 29 points...played in 5 playoff games for Victoria registering 6 points (3 goals, 3 assists)...signed a 3 year entry level contract on 4/6