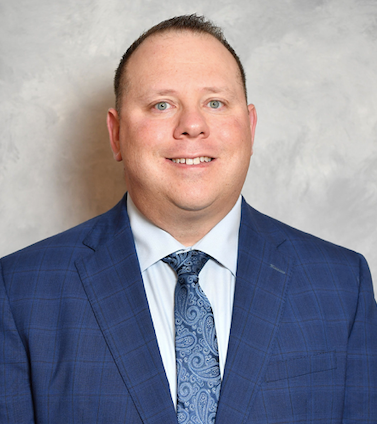 In this newly created role, Grundfast will oversee all aspects of the Barracuda’s business operations, including ticket sales, corporate partnerships, marketing, communications and fan relations. His immediate focus will be building out an expanded business staff dedicated to the Barracuda with a primary focus on the successful completion and launch of the new 4,200 seat Barracuda Arena, slated to open in August 2022 at Sharks Ice at San Jose.

A graduate of Eastern Connecticut State University, Grundfast, 35, has spent the last eight years with the AHL’s Iowa Wild, serving most recently as the team’s Vice President of Sales for the last four seasons.

During Grundfast’s tenure with Iowa, the Minnesota Wild’s affiliate organization was named as a model franchise with multiple awards for front office performance, including the AHL's Sponsorship Sales Department of the Year (2016) and Western Conference's Best Fan Experience Award (2015).

Prior to working in Iowa, Grundfast spent two and a half seasons with the AHL’s Providence Bruins, within the club’s sales department. The native of Saugerties, New York is a lifelong hockey fan and grew up attending men’s and women’s hockey games at Cornell University. His career in professional hockey began in 2008 with the AHL’s Albany River Rats as an account executive.

The future 4,200 seat Barracuda Arena is set to be complete in the summer of 2022 and is part of a 400,000 square-foot expansion of Sharks Ice at San Jose, which will make the facility the largest of its kind in North America. For more information, click here.