·      Nick Merkley scored in his return to the lineup with his third goal of the season as well as an assist. He now has seven points (3+4=7) in five games played.

·      After a three-point night on Wednesday, Scott Reedy stayed hot with a power-play goal and now leads the team in goals (7) and co-leads the club in power-play goals (3).

·      Jayden Halbgewachs collected his second three-point night of his career with a goal and two assists. He is now averaging a point-per-game game through 11 contests (4+7=11).

·      The Barracuda have now killed off 12 straight penalties since Nov. 12, including going three-for-three on Friday. The team also netted another power-play goal which ranks SJ at 24.5%, second-best in the AHL.

The Barracuda return to action on Sat., Nov. 20 at 1:15 p.m. against the San Diego Gulls. All Saturday home games this season will feature $3 beers. For tickets go to SJBarracuda.com/tickets. 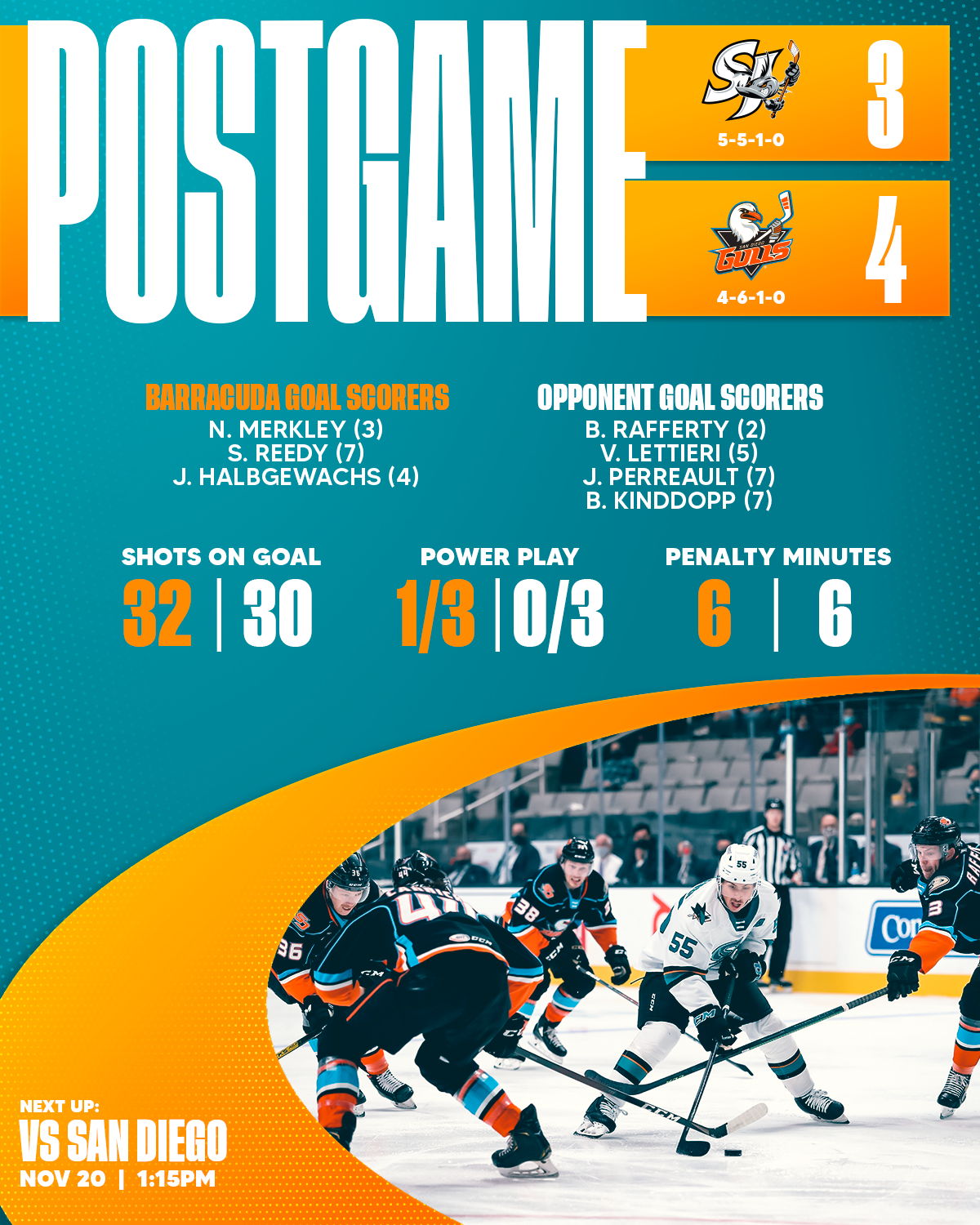