Ontario, CA - The San Jose Barracuda (8-12-1-0) scored three consecutive goals after falling behind 5-0 in the second period on Friday at the Toyota Arena, but the Ontario Reign (14-5-0-1) would manage to wipe away any comeback attempt, lighting the lamp twice in the third period en-route to a 7-4 win.

• Scott Reedy netted a pair, both on the man-advantage, and now leads the AHL in power-play goals (8) and ranks T-second overall in goals (12). Friday marked the rookie forwards second multi-goal game of his career.

• Sasha Chmelevksi scored the team’s first goal and also collected an assist, and now has four points (2+2=4) over his last three games.

• John Leonard snapped an 11-game goalless drought and chipped in an assist. Leonard has three points (1+2=3) over his last two games after recording three points in his prior 14 outings.

The Barracuda return to action on Sat. Dec. 18 at 7:00 p.m. against the San Diego Gulls at the Pechanga Arena. 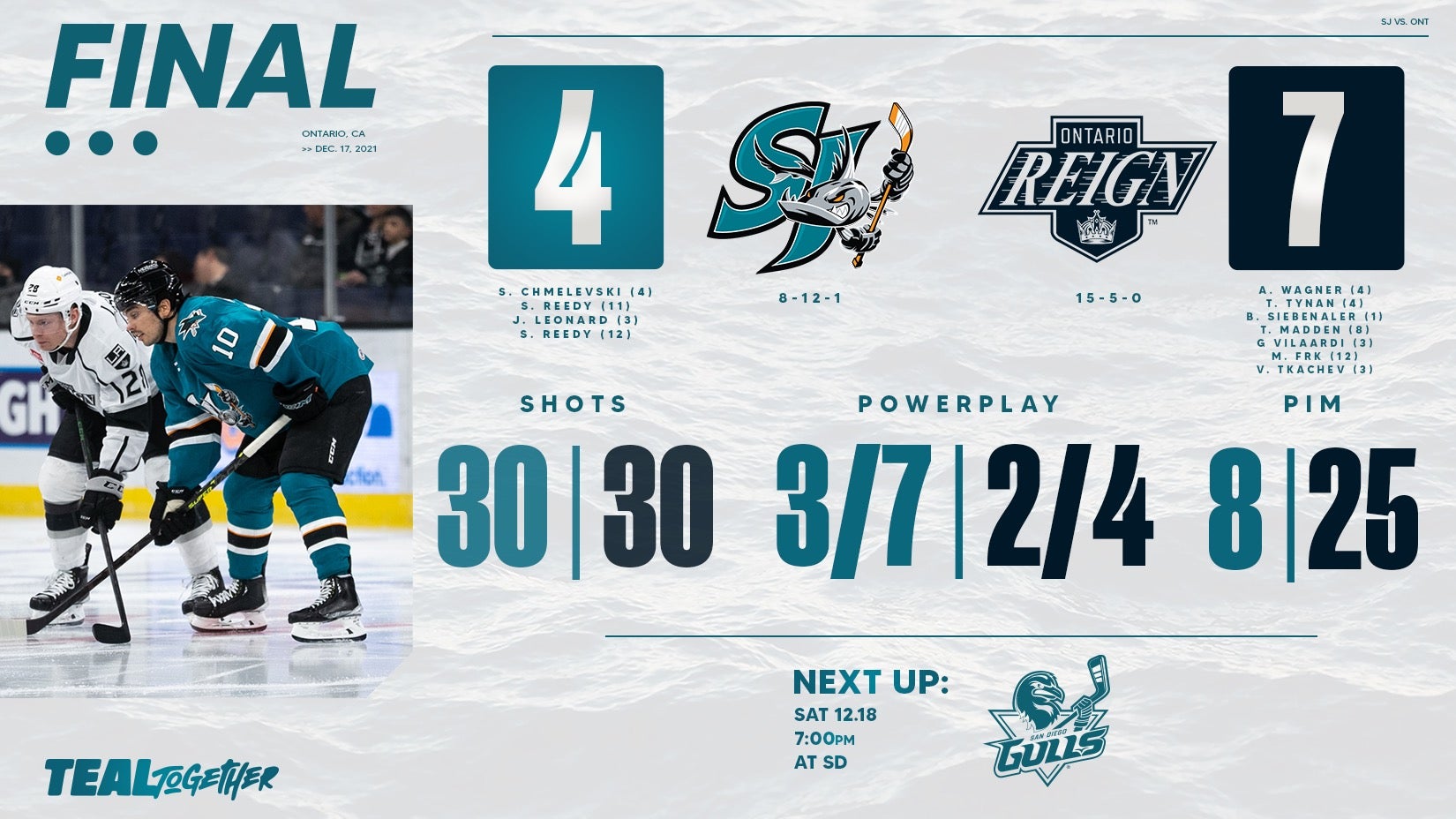