San Jose, CA - The San Jose Barracuda (7-11-1-0) rebounded at home against the Abbotsford Canucks (8-8-2-1) by a score of 5-2 on Sunday afternoon at the SAP Center, snapping a three-game skid, and three-game losing streak at home.

• Alexei Melnichuk (3-5-1) ended a two-game winless drought by stopping 17 of the 19 shots he faced and is now 2-0 against the Canucks this year in five games played.

· Nick Cicek ripped in his first goal in 13 games and added an assist. The undrafted rookie co-leads all Barracuda defenseman in scoring (2+9=11) and has now recorded two multi-point games this year.

· Scott Reedy netted his league-leading sixth power-play goal of the season and added a power-play assist. The rookie forward leads the Barracuda in goals and points and has recorded four multi-point games this year.

· Joel Kellman had his first multi-point game of the season with two assists. He now has four points (1+3=4) in 10 games played.

· Evander Kane recorded his first point in a Barracuda sweater with a power-play assist on Halbgewachs' third-period goal.

· Jayden Halbgewachs finished with a power-play goal and a power-play assist and now leads the team with seven helpers on the man-advantage.

The Barracuda return to action on Wed. Dec. 15 at 7:00 p.m. against the Colorado Eagles at the SAP Center. For tickets go to SJBarracuda.com/tickets. 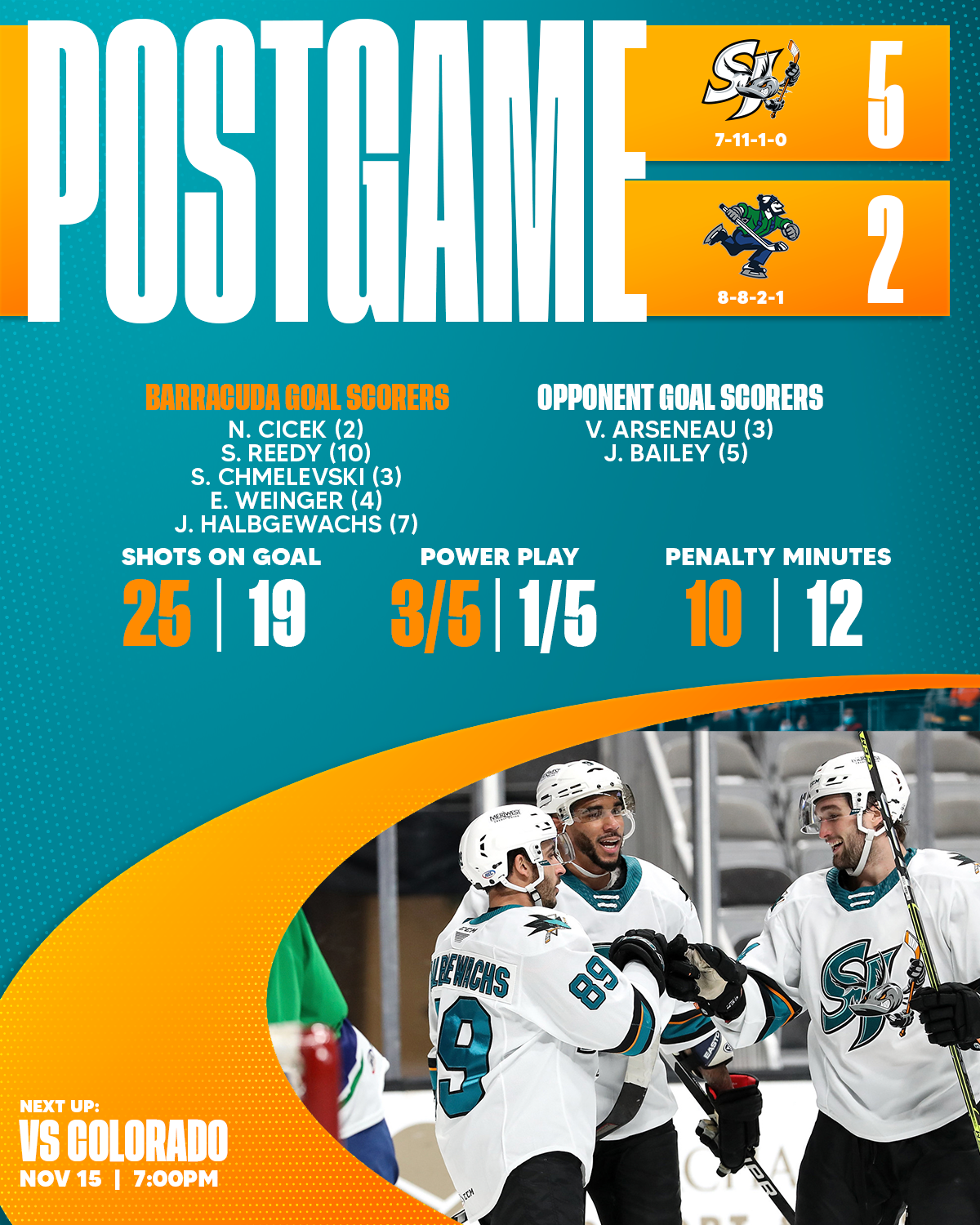