San Jose, CA- The San Jose Barracuda (12-15-1-0) survived a late comeback attempt from the Henderson Silver Knights (15-8-2-1) on Saturday night at the SAP Center, picking up a 6-3 win. The victory snapped a two-game skid for the Barracuda and ended Henderson’s four-game winning streak and seven-game point streak.

·       Sasha Chmelevski (6, 7, 8) scored three times and added an assist, marking the first hat-trick of his career and second four-point game. The hat-trick was the ninth in Barracuda franchise history and first since Joel Kellman scored three times in a 7-5 win over the Silver Knights on April 30, 2021.

·       The Barracuda netted a power-play goal in the second period off the stick of Chmelevski, snapping a 0-for-26 stretch on the man-advantage. In addition, the Barracuda PK went 3-for-3, ending Henderson’s seven-game power-play streak.

·       John Leonard notched pair of assists, his first multi-assist game of his career, and third point (1+2=3) in his last two contests.

·       Joachim Blichfeld (11) tallied a goal and assist for his seventh multi-point game of the season. His third-period snipe turned out to be the game-winner.

The Barracuda return to action on Wed. Jan. 12 at 7:00 p.m. against the Henderson Silver Knights at the SAP Center. For tickets, visit sjbarracuda.com/tickets. 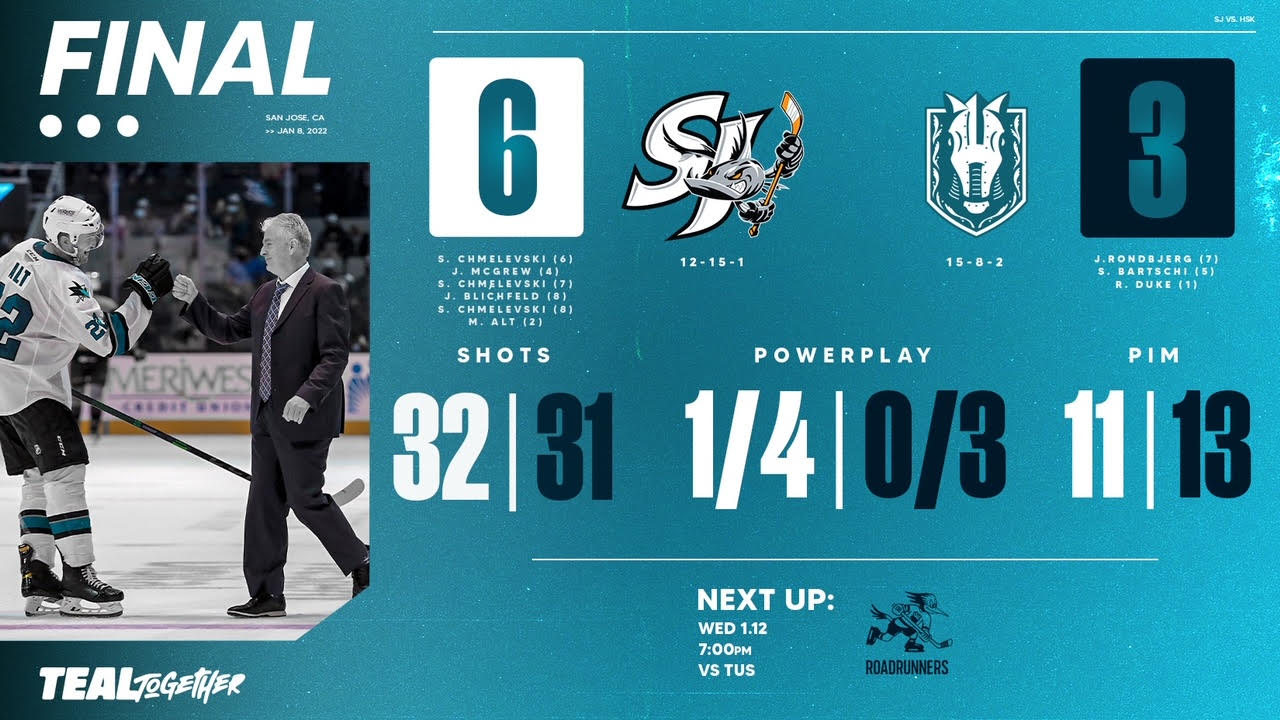