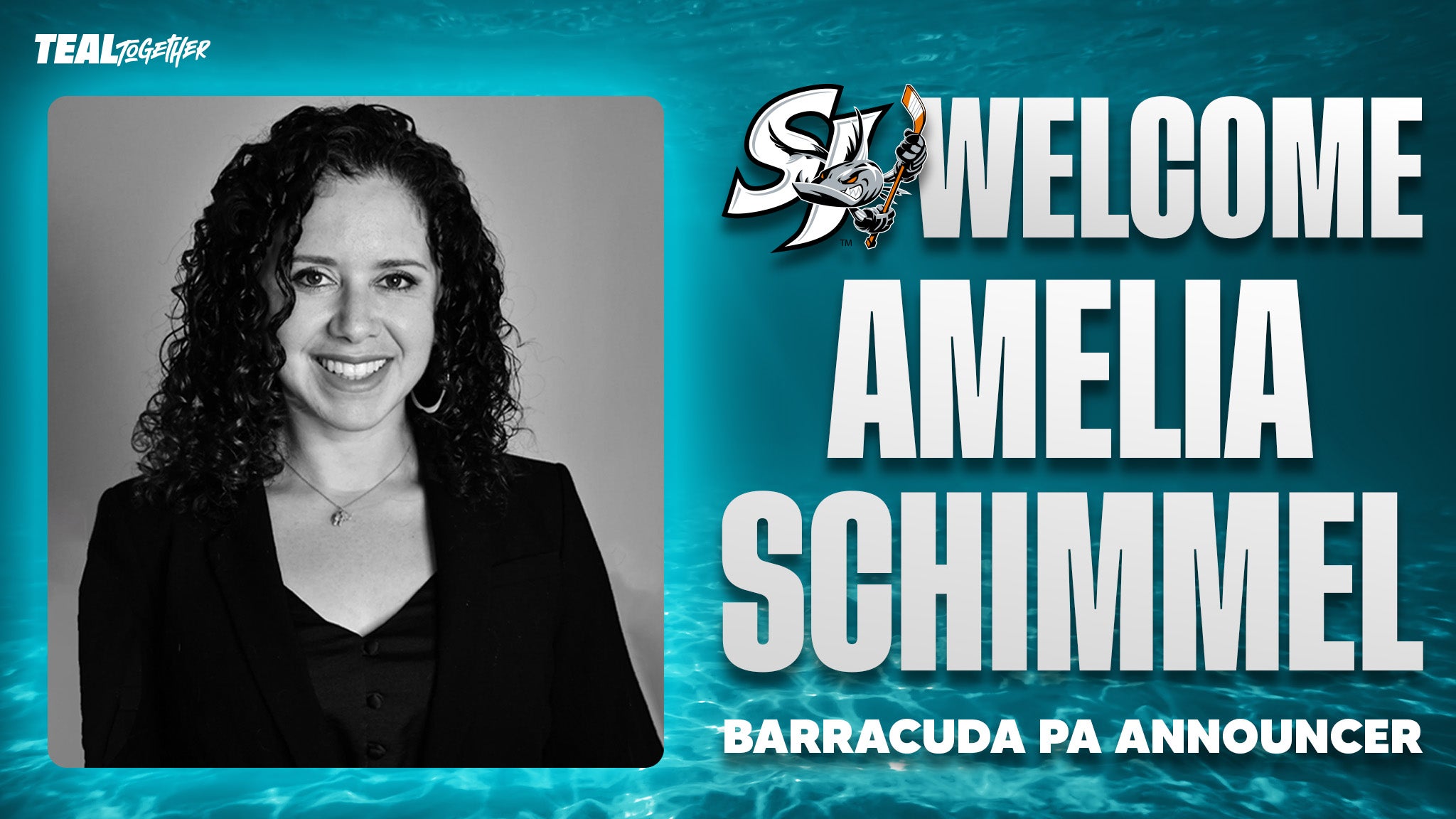 Schimmel, a native of Oakland, has served as the PA announcer for the Oakland A’s since 2020, and has even filled in during select Sharks games.

“As a lifelong Sharks fan and fan of the Barracuda since their inception, it is a dream come true for me to be the PA voice of the team,” said Schimmel. “I can’t wait to feel the energy of the Barracuda faithful in our beautiful new home.”

Schimmel has been with the A's since November 2017 and will remain with the team despite her new role with the Barracuda. A graduate of Brandeis University (Waltham, MA), where she played varsity softball for four years, Schimmel spent eight years as an editor and segment producer with the MLB Network before joining the A’s.

Aaron Fonseca (@fonsecashow) who has been the Barracuda’s PA announcer for all seven years of the team’s existence, will now move into a new role as in-arena host.

The San Francisco native and graduate of San Francisco State has over 20 years of experience working as an audio engineer and broadcaster. He is currently the host of the Fonseca Show on TuneIn radio which can be heard nationwide. Additionally, he has done voice work for Disney, Pixar and multiple video games during his career.

The Sharks are hosting the 2022 Rookie Faceoff at Tech CU Arena and Sharks Ice at San Jose from Sept. 16-19, 2022 and includes four teams from the Pacific Division (Anaheim, Los Angeles, San Jose and Vegas) and two from the Central Division (Arizona and Colorado). The tournament, which features the top prospects from each participating club, was held in Arizona in 2021, Anaheim in 2019 and Las Vegas in 2018. This past tournament featured several Sharks and Barracuda players including Jasper Weatherby, Ryan Merkley, Santeri Hatakka, and Artemi Kniazev. For more information about the Rookie Faceoff, tournament passes, scheduling, tickets and more, click here.