San Jose, CA - The San Jose Barracuda (13-16-1-0) potted a five-on-five, power-play, and shorthanded goal and got 28 saves from Sam Harvey to shutout the Tucson Roadrunners (12-12-2-1), 3-0, at the SAP Center on Friday. For the Barracuda is was their second shutout win of the year and first ever against Tucson.

·        Sam Harvey (2-1-0-0) stopped all 28 shots he faced including eight in the final four minutes and 25 seconds to pick up his second shutout in three games this season. Harvey is now T-second in the AHL in blank sheets.

·        John Leonard (5) scored his second short-handed goal of the season and the Barracuda’s league-leading eighth. Leonard scored a shorty exactly week ago.

·        Scott Reedy (16) potted a goal for the third-straight game, and now leads the AHL with nine-power-play goals. Amongst all rookies, Reedy ranks first in goals (16), third overall in the league, and is tied for fourth in total points (25).

The Barracuda return to action on Sat. Jan. 15 at 7:00 p.m. against the Bakersfield Condors at the Mechanics Bank Arena. 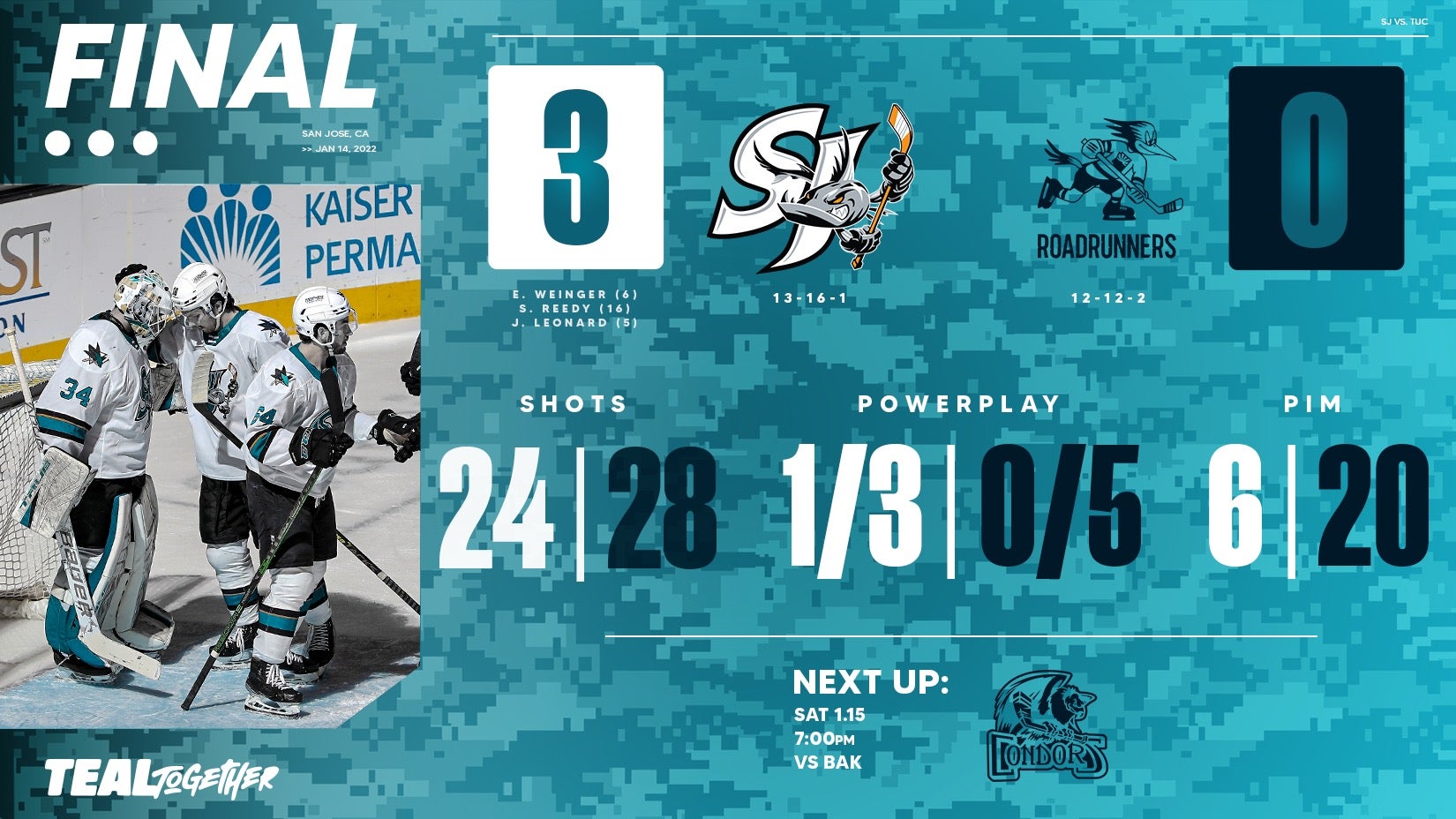