• Zachary Sawchenko (3-4) suffered his second-straight loss, lasting 28:18, giving up five goals on 18 shots. Zachary Emond, who was called up from ECHL Orlando in the morning, allowed five goals on 21 shots in 31:42 of action.

• The 10 goals against are the most in a single game in franchise history.

The Barracuda return home on Fri. Dec. 11 at 1:15 p.m. against the Abbotsford Canucks. All Saturday home games this season will feature $3 beers. For tickets go to SJBarracuda.com/tickets. Saturday is the team's annual Teddy Bear Toss game. For more info, CLICK HERE. 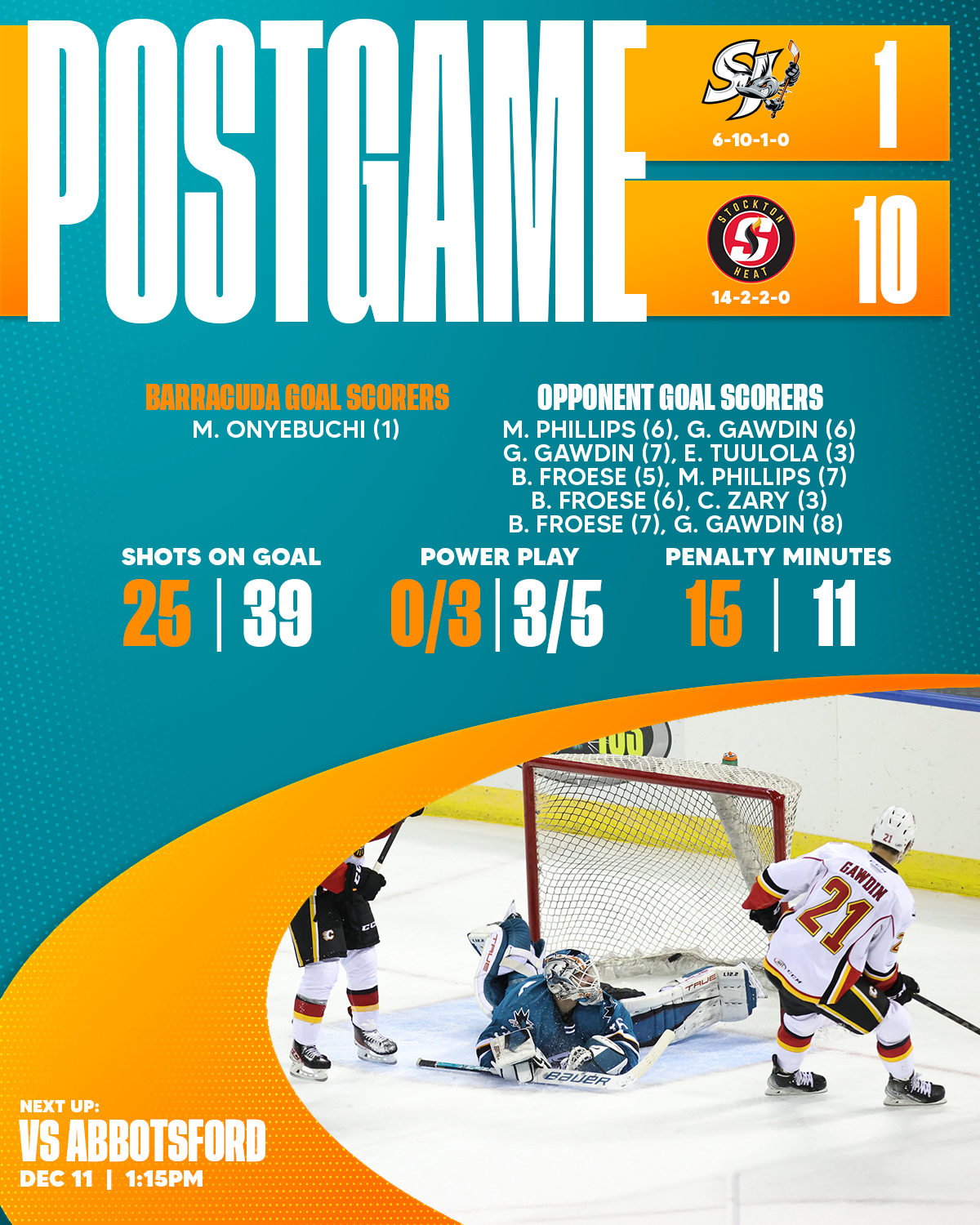