·        Joachim Blichfeld scored twice in the third period as he notched his second-straight two-goal effort. Blichfeld also collected an assist and now has three three-point games in his career, two this season, and nine multi-goal outings in his career.

·        Jayden Halbgewachs cashed in his sixth goal of the season and has points in eight of his last 10 games (4+7=11). Halbgewachs’ goal came 30 seconds into the game, the fastest goal by a Barracuda skater this season.

·        Scott Reedy notched his ninth goal of the season and his AHL-best fifth power-play goal. Reedy now has points and goals in four-consecutive (5+1=6) AHL games.

The Barracuda return to action on Sun. Dec. 5 at 4:00 p.m. against the Canucks in Abbotsford and are back at home on Sat., Dec. 11 against the Canucks. All Saturday home games this season will feature $3 beers. For tickets go to SJBarracuda.com/tickets. Saturday is the team's annual Teddy Bear Toss game. For more info, CLICK HERE. 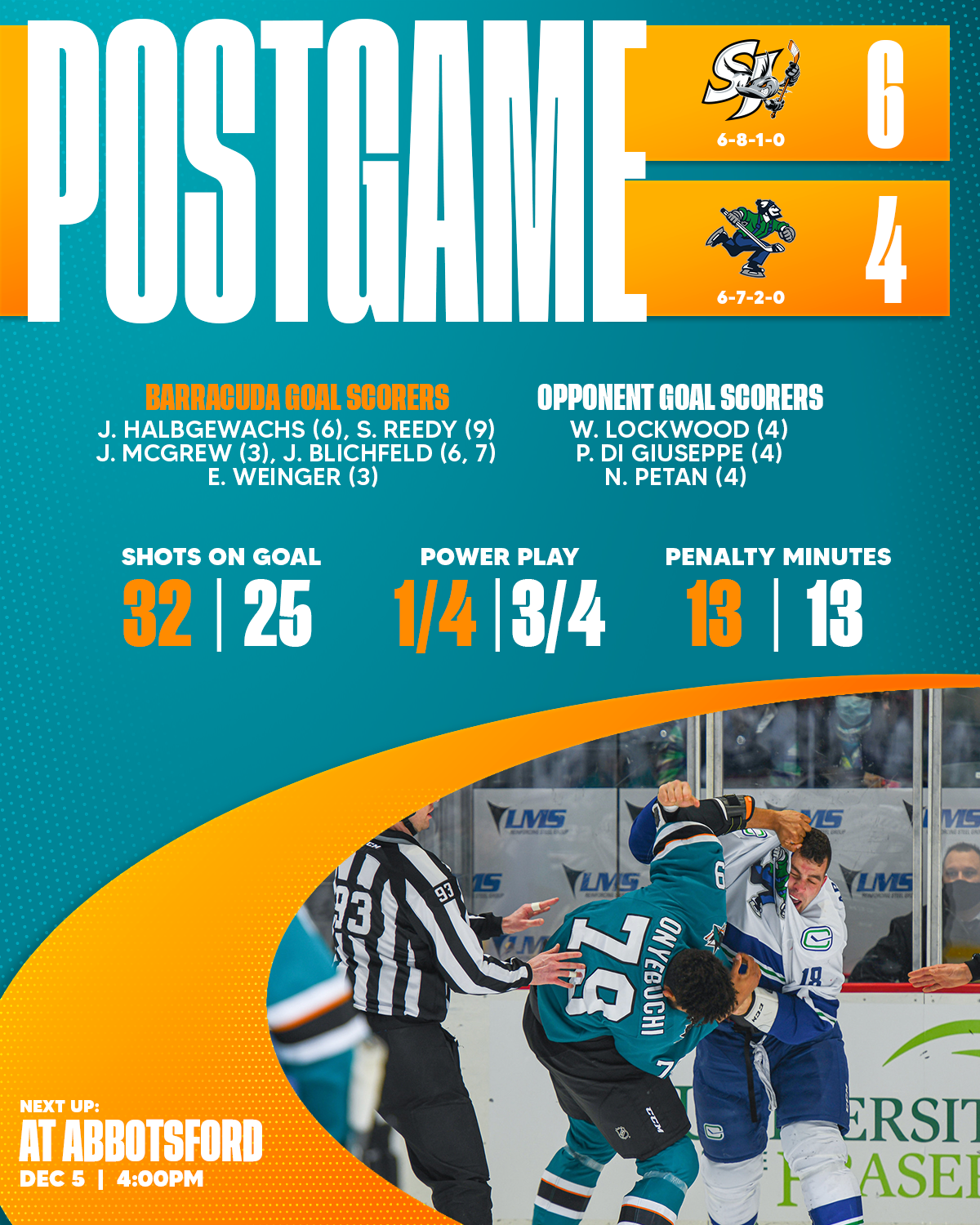